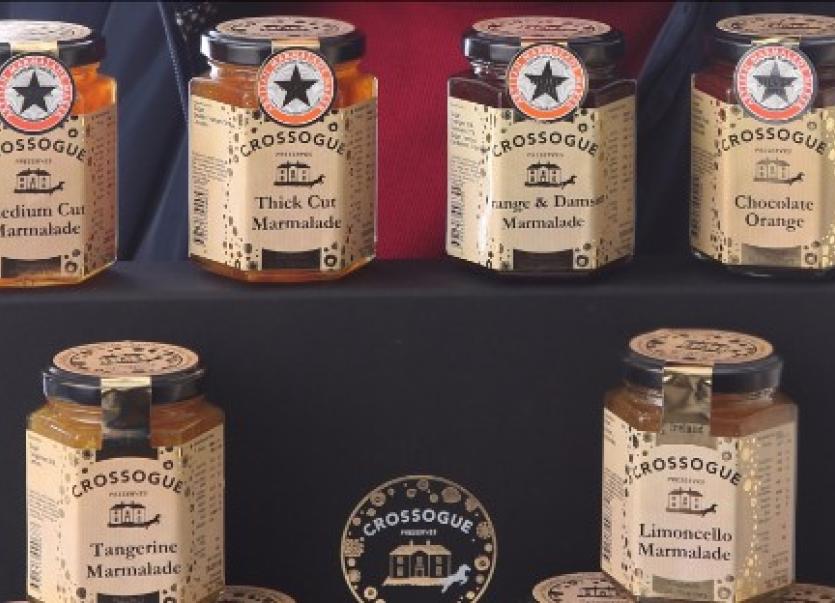 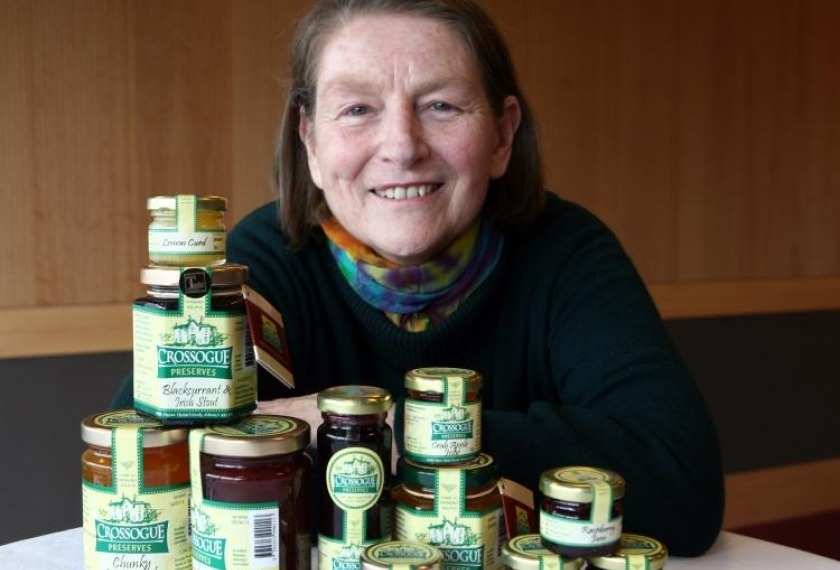 With more than 2,000 homemade marmalade entries this year, the winning marmalades were on display at the Marmalade Festival & Awards, in two separate locations, Dalemain and Penrith in Cumbria, over the weekend. To celebrate the occasion the town of Penrith turned orange for the day, on Saturday 18th March.
Commenting on the numerous awards, Veronica Molloy, Founder and Owner of Crossogue Preserves says, “We were thrilled to receive two gold prizes but when eight further awards were announced we were elated. Winning ten accolades at the prestigious World’s Original Marmalade Awards endorses the quality and pride my team and I invest in creating Crossogue Preserves,”
Crossogue Preserves was founded by Veronica Molloy in 1995. The mother of six and grandmother of thirteen who grew up in Kenya, Africa, had been making jams for local country markets and delis. She then expanded her outfit due to the popularity of her products and thus Crossogue Preserves was born.
22 years on, the artisan jam making company supplies over 85 varieties of jams, curds, marmalades, chutneys, spreads and coulis to shops and delis throughout Ireland and internationally. As well as creating old favourites, such as strawberry, raspberry and blackcurrant, Veronicas has invented many unique and delicious flavours including Irish Coffee Curd, Lime Tequila Marmalade and her most recent delicacy, Sugar Free Spread. Despite growing demand for the preserves, they are still made in batches of 20 jars and are free from preservatives and additives.
Over the years, the brand has won over 60 awards including many gold and double golds at the prestigious Great Taste Awards and The World’s Original Marmalade awards. Veronica was also honoured to receive a life time achievement award by the Irish Food Writers’ Guild.
Sugar Free Spread is Crossogue Preserves healthy preserve offering, made using xylitol as a sugar substitute As well as containing far fewer calories than sugar, xylitol has health benefits; it fights cavities and is suitable for diabetics - the body does not require insulin to metabolise xylitol.