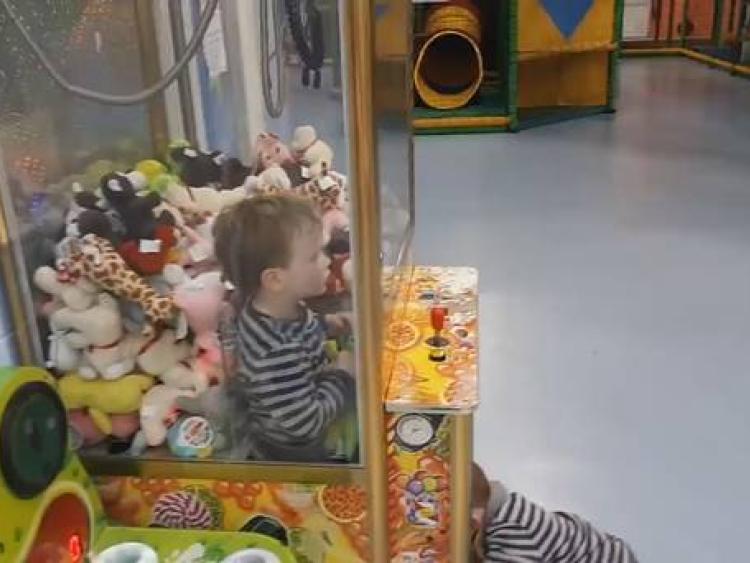 Like Alice falling down the rabbit hole, what kid wouldn't dream of being whisked away to be surrounded by cuddly toys.

For little three-year-old Jamie Bracken-Murphy, the dream became a reality when he managed to climb inside a toy gaming machine in his home town of Nenagh.

Jamie had tried unsuccessfully to win a cuddly toy and with a never say never attitude decided that he he couldn't beat them he'd join them - by crawling into the machine. However, the toddler was now left, literally, on the inside looking out.

His father, Damien, said he took his eyes off his son for just a few moments, only to look up to see him in with all the toys.

"I told him to be calm and wait while I got one of the staff to find the keys to the machine," said Damien.

And while there was no Fireman Sam in the machine, luckily for Jamie there was a real life off-duty fireman at the centre where the incident happened and he managed to free the youngster.

Damien thanked the staff at the centre, who he said were great. "They were concerned and very helpful," he said.

And the best news of all was that Jamie got to keep all the toys that came out of the machine when he was rescued.