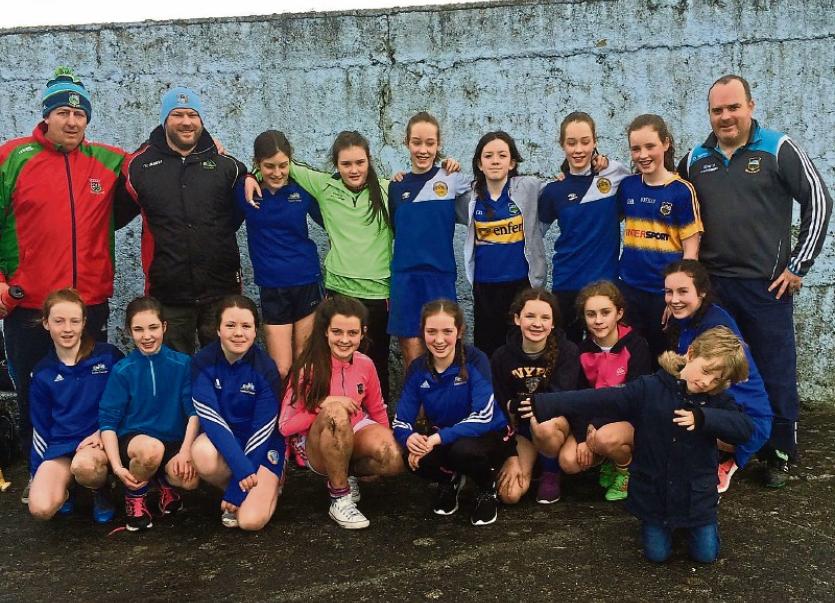 Almost all age groups have returned to training. Please keep an eye on our club Facebook for arrangements that are in place for training for the next few weeks. We will return to Leahy park very soon with training on Wednesday nights.

All players must be registered as per Camogie rules. Registration can be paid to club treasurer Aidan or secretary Louise on training nights.

Our U.14 Camogie team produced an excellent display this morning to beat home side Nenagh in a very competitive game.

The conditions were very heavy underfoot which diminished the skill level slightly but it was Cashels big hearts, high tempo full of energy and commitment that won out on the day. From flagfall every player put everything into the battle and displayed fantastic honesty and character, totally deserving of their two point victory. With the game level at halftime one point a piece and Nenagh now aided by the breeze and hill, we expected an onslaught.

We did come under pressure but our defense of Ella, Aoibhe, Ellie, the two Anna's and Chloe stood rock solid.

At midfield both Grace and Erin put in an enormous effort, winning the battle was a big factor in our opening victory.

In attack Ella, Saoirse, Lily, Ciara, Keeva and Hannah were constantly blocking hooking and never allowed the Nenagh defence a minutes peace which was highly encouraging. Points from Grace Moloney and a crucial goal from Keeva O Donoghue set the tone for this super victory. But overall this was a massive collective performance.

The starting lineup all young enough for next year with some three and four years left at the U.14 Grade so a very promising start for such a young group.

Well done girls let's keep this going into training during the week and continue to strive to improve at every opportunity.