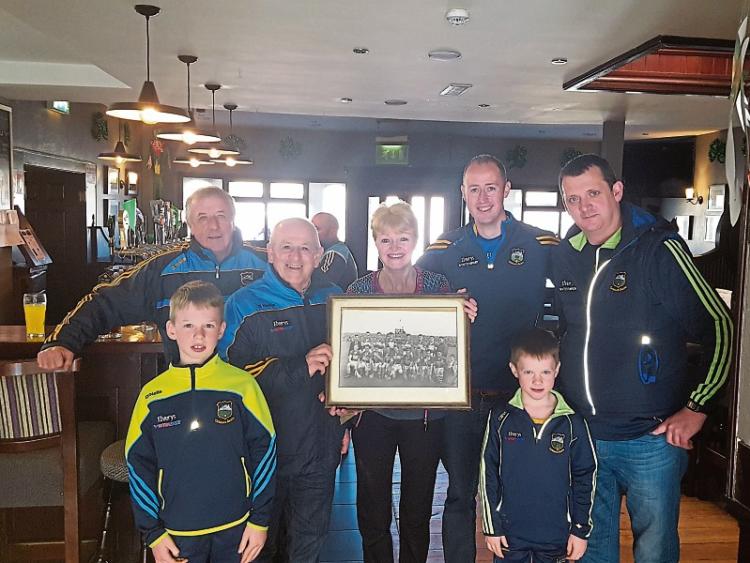 Members of the Tipperary Supporters Club from Clonakenny and Roscrea travelled to Pairc Ui Rinn in Cork on Sunday in support of The Premier County in their final round game against Cork. However, they were surprised before the game when they were called to The Venue Bar in Ballintemple, as proprietor Kate Tierney presented Brendan Wright with a team photo from the 1960 Munster Senior Hurling Final between Tipperary and Cork, when Brendan was mascot of the Tipperary team.

To say Brendan was speechless was an understatement. Many thanks to everyone in The Venue Bar for this fantastic gesture.

The members of the supporters club travel in great numbers from Roscrea to all the games by bus and will once again travel to Tullamore this Sunday if you would like to travel with them feel free to contact them on 0863260996.