Drangan woman celebrates 100th birthday after a life of hard work,card playing and no smoking or drinking 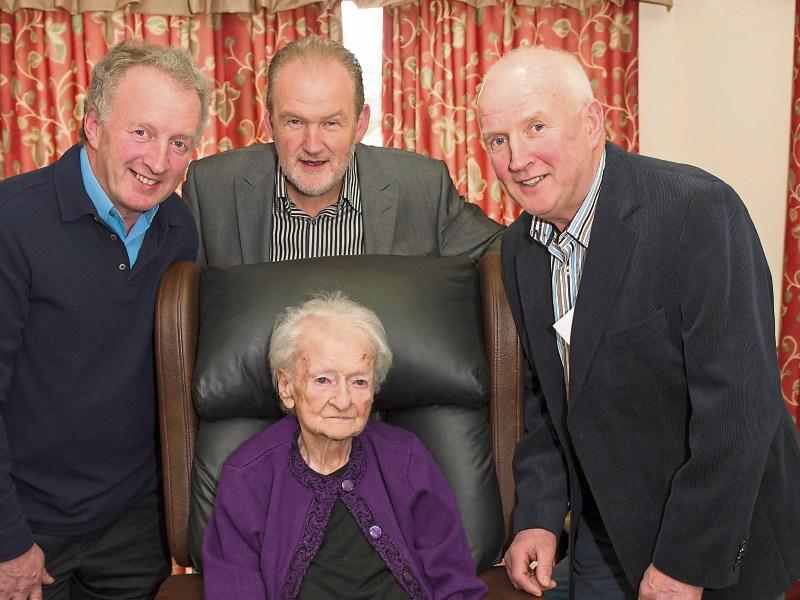 A Drangan woman who never drank and smoked and was a great believer in hard work  celebrated her 100th birthday  surrounded by family and friends last Wednesday .

It was an emotional and proud day for the family of Dolly Meagher  as they gathered to celebrate and reminisce on a wonderful and  contented life.

Apart from making the journey to card venues to meet  friends and play 25, Dolly rarely ventured far  from the area where she was born  in  Crohane and nearby Cloughtaney  where she reared a family of three sons with her husband Joseph who predeceased her twenty five years ago.

“Hard work never killed anybody, and she lived by that. She was a great believer in working hard on the farm and in the home”, said her son Joseph.

Dolly travelled off to well known card venues such as Clerihan and Urlingford playing cards four nights a week and making great friends and enjoying a night out. 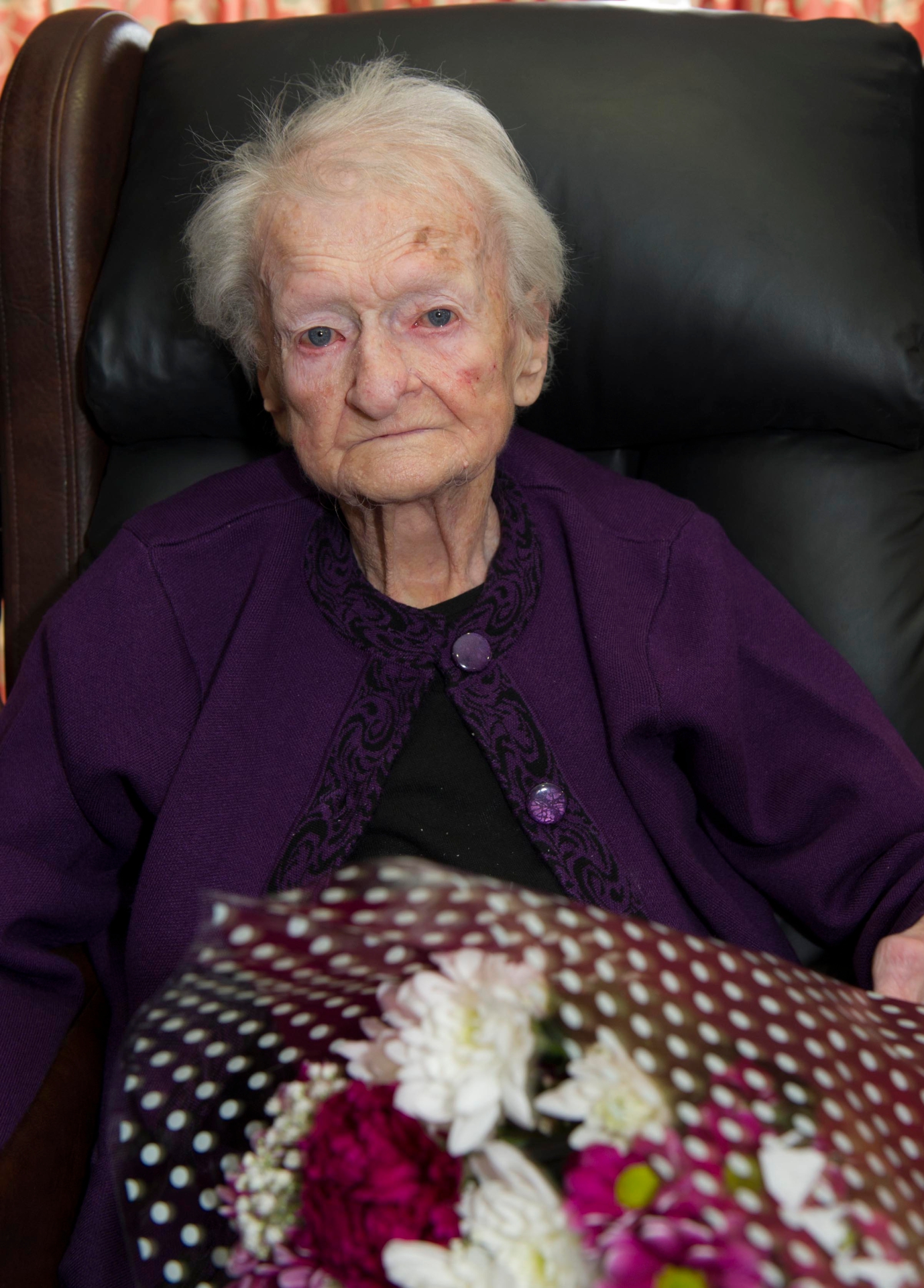 In recent years she confined herself to playing cards in the community hall in Drangan but always had a deck of cards in her hands  playing Patience at home up to last year when she moved to  Strathmore Lodge nursing home in Callan.

Her lifelong card friends joined the Meagher family for the celebrations on the day of Dolly’s birthday on Wednesday of last week at the  home.

“It was a great occasion and she had a great day. We thought she would fall asleep at some stage but she was able to keep going for the day talking to friends and family about her life”,  said Joseph. 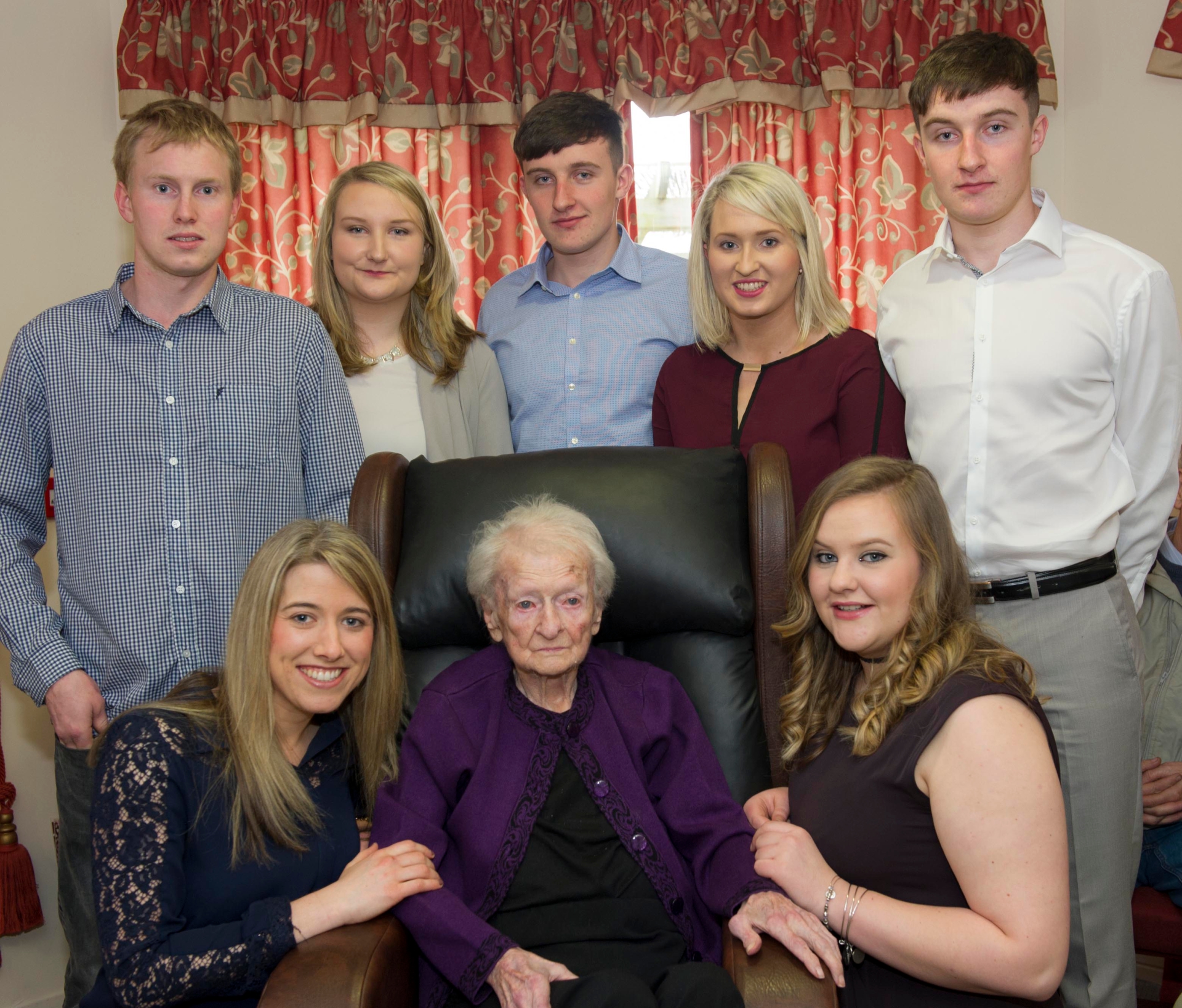 An enjoyable day was had by all and well wishers who called to see Dolly on the day, instead of bringing presents,  made  donations   of over €1,000 to the Alzheimer’s Society of Ireland, which is an organisation the Meagher family  are supportive of.

Dolly,pictured above with some of her grandchildren, was born Kathleen Blanchfield on March 22, 1917, to William and Ellen Blanchfield. She is the fifth born of eight children and is the last surviving member of her family.  She moved from Crohane to Cloughtaney in the 1950s.  She married Joseph Meagher and had three sons - Liam, Joseph and Michael  and resided there until 2016 when, due to ill health, she moved to Strathmore Lodge Nursing Home in Callan, where she is being lovingly cared for by Sarah  and her wonderful staff.