Minister Simon Coveney among speakers at Brexit meeting in Nenagh 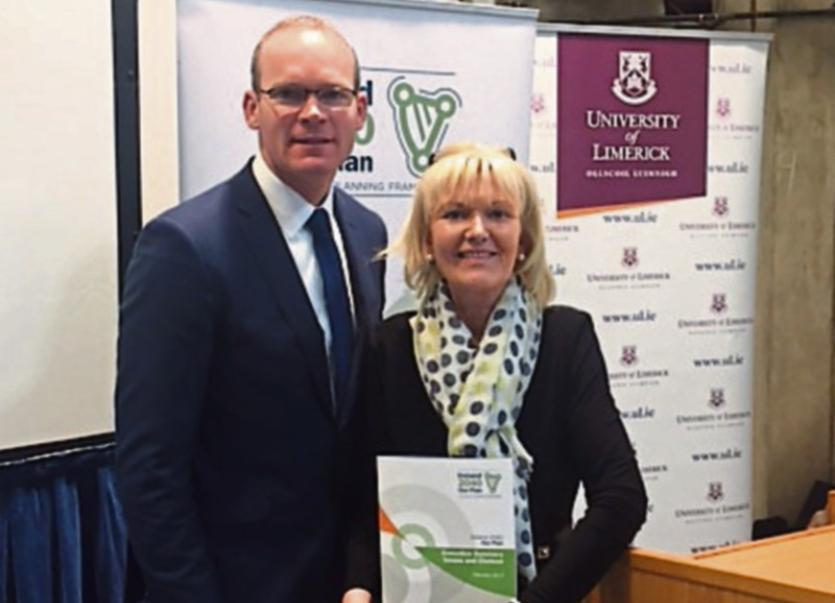 A major public discussion on the effects of Brexit on Ireland, and especially Tipperary, will be held in the Abbey Court hotel, Nenagh, this Friday, March 31.

The event, which is being organised by Cllr Phyll Bugler, will come two days after British Prime Minister Teresa May triggers Article 50 to start the process of the UK leaving the EU.

Ireland's farming sector is set to be among the many casualties of the fallout from Brexit, and this will have a huge impact on Tipperary, one of the country's biggest agriculture producers.

“Agriculture is the staple of the Irish economy,” said Cllr Bugler, who emphasised that Brexit was “one of the greatest economic and social challenges to face Ireland in the past 50 years”.

She said that among the questions that needed to be answered were would increased tariffs be imposed on Irish goods / trade being exported to Britain.

The FG councillor pointed out that €1.2bn worth of goods and services were traded with Britain every week, and that, therefore, Brexit would have a huge impact on Irish businesses and the self-employed.

She also said that among the fears of Brexit was that it could lower Ireland's economic growth and play a part in our taxation policies.

Among other concerns for Irish people was the common travel area between North and South.

However, there would also be potential positives, such as firms looking to relocate from the UK to Ireland because we speak English and have low corporate tax.

“To find out more about Brexit opportunities and risks I'm inviting the public to avail of this chance to meet and engage with some of Ireland's political figures in preparing for Brexit, which will have huge implications for every citizen in Ireland,” said Cllr Bugler.

The meeting in the Abbey Court hotel starts at 8pm and will include ample time for questions and answers.