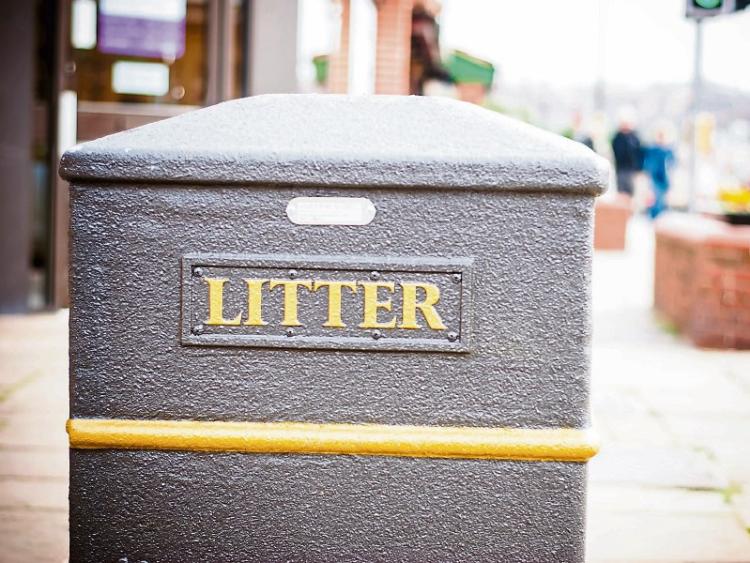 "The worst litter blackspot in the town" has been a problem for so many years now that residents in the area are "demoralised", the monthly meeting of Clonmel Borough District was told.

Cllr. Michael Murphy also said that the illegal dumping at Upper Heywood Road, Clonmel continued to be a source of significant and ongoing concern for the residents of nearby Ard Caoin, Ard Aoibhinn and Droimeala, as well as Clonmel Rugby Club.

He said the location of the dumping, directly below the halting site, was also a source of huge concern for visitors to Abbott Vascular and Boston Scientific, the healthcare companies in that area, as well as their employees.

Everything from a kitchen sink to bicycles were dumped there, while a mobile home had been abandoned on the embankment.

Cllr. Murphy wondered what it would be like if the Tidy Towns volunteers didn't clean the area once a month, and they were fortunate that the Tidy Towns judges didn't inspect that area.

The council was also constantly cleaning the road and he didn't know how much that cost.

They had a delegation from the residents highlighting the problem at a meeting of South Tipp County Council seven years ago, and here they were again complaining about it. If he was a resident he would say he bought his house and had made a contribution to the local infrastructure.

He described the extent of the illegal dumping on the HSE lands to the rear of this area as incredible.

Cllr. Murphy said he was very seldom critical of the council but this was one area where he felt a multi-functional approach from the housing and environment sections of the County Council, as well as Clonmel Borough District, was needed.

He acknowledged that the council hadn't dumped the rubbish but the residents who lived in permanent houses had to deal with it.

Cllr. Murphy suggested that the embankment at the side of the road would need to be redesigned because it was like a magnet for illegal dumping. Some residents suggested that it should be levelled, with gravel and boulders placed there. Something needed to be done, he said.

Cllr. Pat English said that litter had been a blight on the countryside for many years. If necessary an enforcement order should be used to ensure that people complied with the law.

Cllr. Marie Murphy said that people would continue to dump rubbish in that area because they knew it would be taken away.

This road was one of the routes taken by visitors to Boston Scientific and Abbott Vascular. These visitors might be creating jobs but this dumping didn't project a very good image of the area. She didn't know if cameras would work but said that something needed to be done.

Cllr. Richie Molloy said the residents were very frustrated about this and didn't know where to go. The council was involved in putting the halting site there and it might be an idea to remove the embankment from the side of the road.

People had stopped walking along that road because of all the dogs there and the dirt in the area.

District Mayor Andy Moloney didn't know if boulders would work because the embankment ran almost the length of the road.

He agreed that a different approach was needed and he was pleased to hear from the council that the rubbish on the embankment would be removed.

Borough District Engineer Eamon Lonergan said they would look at the possibility of doing something with the embankment, but it wasn't the source of the waste.

The council was taking the problem very seriously and the environment and housing sections might have better powers of enforcement.

The dumping in the adjacent field was on privately-owned lands, so this was a matter for the owners to address.

Mr. Lonergan, who has recently replaced Jonathan Cooney as Borough District Engineer, said they would identify all the blackspots in the town that needed clean-ups, and they were working closely with the housing and environmental sections.