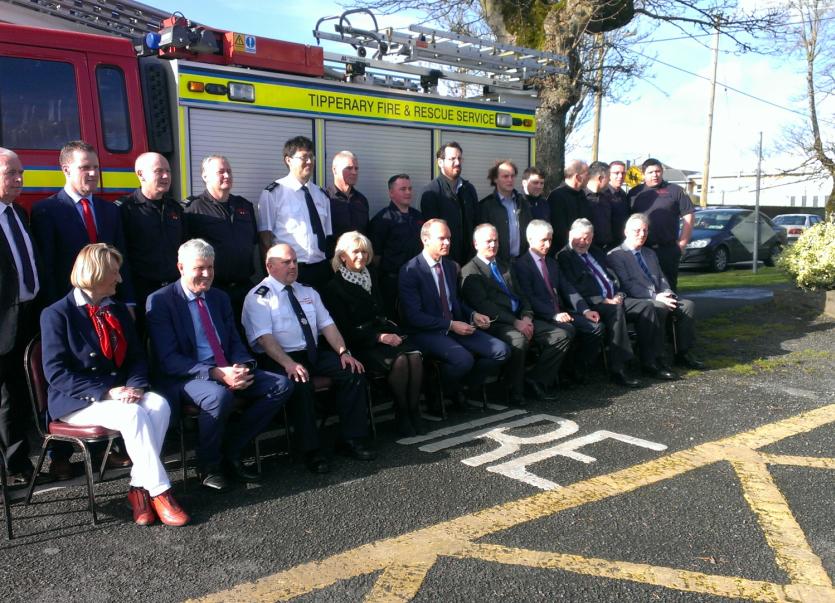 Minister Simon Coveney was the toast of Templemore on Friday evening when he visited the Fire Station and announced a €1.3 refurbishment to include two bays, drill tower and ancilliary facilities for the station. The awarding of a tender for the proposed extension and refurbishment of Templemore fire station allows the process, which has been in the pipeline for almost a decade to proceed with construction expected to commence just after Easter.

Minister Coveney said he was delighted to be able to announce the award of a tender, valued at approximately €1.3m, to extend and refurbish the fire station at Templemore to Pinnacle Building Contractors.  This development, one of 26 fire station building and refurbishment projects around the country being supported by his Department under their 2016-2020 Fire Services Capital Programme, underlines the Government’s continuing commitment to the fire service.

He went on to say this grant aided development, of an extended station to include two appliance bays and ancillary facilities, would serve to further enhance the capabilities of Tipperary Fire Service going into the future.

Cllr Joe Bourke, Chairman of the Templemore Thurles Municipal District played a significant role in securing the funding and joined with Tipperary County Manager Mr Joe MacGrath in saying that it was ' a great day for Templemore and Tipperary.'