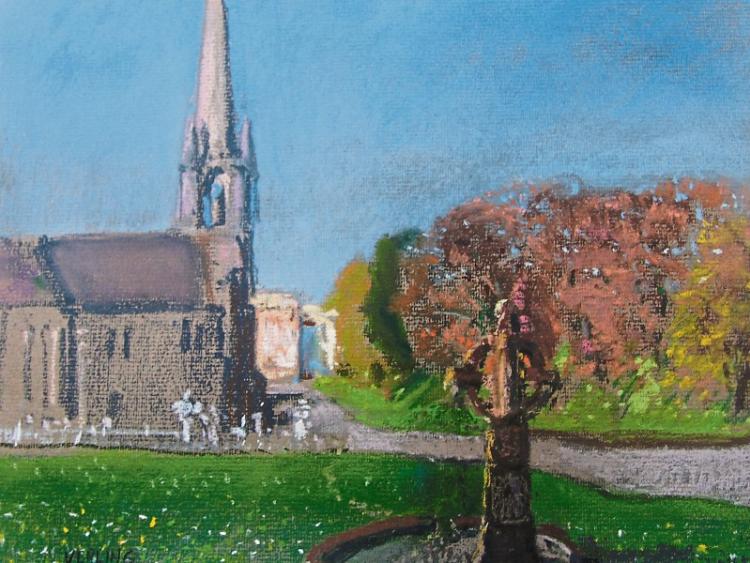 Sixty all out is not a bad score, particularly when the sixty in question are sixty consecutive international conferences of the highest standard, two a year since 1987 at the Cistercian Abbey, Roscrea.

Yes, indeed, April 2017 will see the curtain draw a close to what have been unique gatherings, indeed unrivalled in these islands for diverse scholarship, entertainment of the highest order  and conviviality.

To organise one international successful conference is an achievement for any academic (and many rest on their laurels after one), so the Roscrea conference director and organiser for all sixty conferences can truly rest on his laurels.

Life is forever changing. As Cardinal Newman said to change is to grow and to be perfect is to have changed often. How all has changed since the first conference on Cistercian Ireland was held in the Autumn of 1987. Could anyone have forecast the changes in our society?

The constant for The Roscrea gathering has been that twice a year, on topics wide-ranging and diverse, an international gathering took  place at Roscrea. They didn’t change the world but they did give solace, joy and feelings of contentment to many hundreds and they gave rise to the query ‘Have you been to Roscrea.

So on the weekend of 21-23 April with the topic of ‘Midland Scholarship, past and present and celebrating sixty joyous occasions at Roscrea’ the sixtieth and last takes place.  It is not just a little sad but the organisers are determined that it will indeed be a joyous occasion and a cause for great celebrations. On the Saturday afternoon in Cistercian College Dom Richard Purcell ocso, abbot of Mt St Joseph will launch the Conference commemorative volume, ‘60 at Roscrea,’, a 200 page book full of interesting detail.

Also to commemorate the conference a significant Library and Archive project will be launched: The Cunningham Archive and Library at Coláiste Phobal, honouring three Roscrea people of the 20th century: Canon John Cunningham, founder of the Bacon Factory in 2007; Martin ‘Neighbour’ Cunningham, union leader and socialist; and Paddy Cunningham, Manager Roscrea Bacon, founder Roscrea Musical Society and community leader on so many fronts. Prof emeritus of Education at NUI Maynooth, Dr John Coolahan  will launch the project officially.