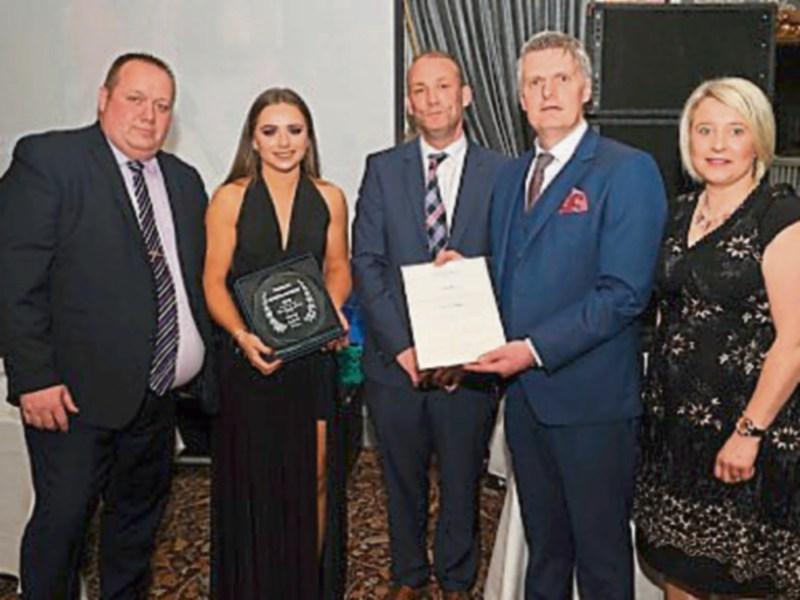 There were both individual and team awards at the event.

Caoimhe is a 16 year old student at Ursuline School Thurles. She only took up hockey when she went into First Year and was a member of two school teams that won Junior Cups.

This year she played with the Munster U18 team at the Interprovincial Tournament which was held in Cork and received an award for MVP at the event.

She has been a member of the Irish U16 team for the past two years also and has travelled to 6 Nations Tournaments in Scotland Germany and Belgium. She is currently training with the Irish U18 team.

At club level Caoimhe played with Cashel New-Inn Hockey Club but since August 2016 she has been playing with Cork Harlequins who were beaten in the Irish Senior Cup Final on Sunday by UCD.

She received an Annerville Award in January 2016 and also received an award for Young Munster Player of the Year.