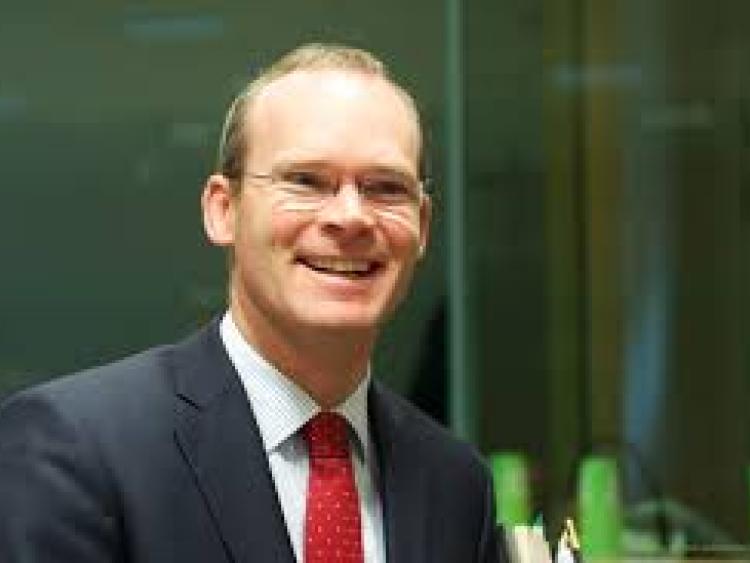 Fine Gael Minister Simon Coveney was in Tipperary this week to give his backing to the bid to return at least one seat for the party in the next General Election.

The man being backed by Fine Gael representatives in Tipperary to be the next Taoiseach, has announced the party's intention to win back two seats in the next General Election in The Premier County.
Minister for Housing, Planning and Local Government Simon Coveney, TD was in the county this week and was in very up-beat mood as he set out the challenge to party members to recover lost ground, and seats, in the key constituency.
Fine Gael, despite having a very solid combined first preference vote in the last General Election, ended up losing two seats held by former TD's Noel Coonan and Tom Hayes. And, Minister Coveney has targeted the constituency as one where the party can win back one, if not two, seats.
"I would be hoping that Fine Gael would actually be fighting the next General Election with the view to having two TD's in Tipperary. I think this is a county that suits Fine Gael in many ways, because you have big rural towns and a very strong farming network and agricultual county.
"We had two TDs, and good TD's, here previously and we want to get back to having two TDs in Tipperary if possible. Certainly, at the minimum, we want to have one. That is something we want to correct," Minister Coveney told The Tipperary Star.
The Cork man predicted that there would be very strong competition within the party to get on the Fine Gael ticket. Already the names of former Junior Minister Tom Hayes, long serving Cllr Michael Fitzgerald and sitting councillor Michael Murphy are being mentioned, while former TD Noel Coonan's position remains unclear at this time following the untimely passing of his wife, the very popular Cllr Pauline Coonan.
Then there is the question of Cllr Micheal Lowry - son of former FG Minister Michael Lowry - who has also been mentioned as a possible runner for the Fine Gael party in the event of his Independent father not standing in the next general election.
"We have some very talented public representatives here and there will be a lot of competition, I can assure you, to get on the ticket for Fine Gael in Tipperary next time out.
“In the next general election we will have very strong candidates with a very strong message of a party that wants to rebuild much of what was broken over the last ten years and that process is very much underway. Fine Gael in Government is investing heavily in the country and in rural towns.
"We, as a party, represent those kind of communities all over the country very strongly and we want to represent communities again at a Dail and Seanad level from Tipperary and I am confident that we will put a team of people together to do that.
"As a party we want to correct what happened in the last general election when we lost our two seats here. I certainly won't be satisfied until that is corrected because this is a very important constituency for the country and Fine Gael wants to have strong representation here at all levels," Minister Coveney said.
Attending the announcement of a €1.3m expansion of the Templemore Fire Station, Minister Coveney was warmly welcomed and referred to as 'the next leader of the Fine Gael party and the next Taoiseach of the country' by Cllr Joe Bourke, chairman of the Templemore Thurles Municipal District, who pledged his support to him in the upcoming battle to succeed Enda Kenny.