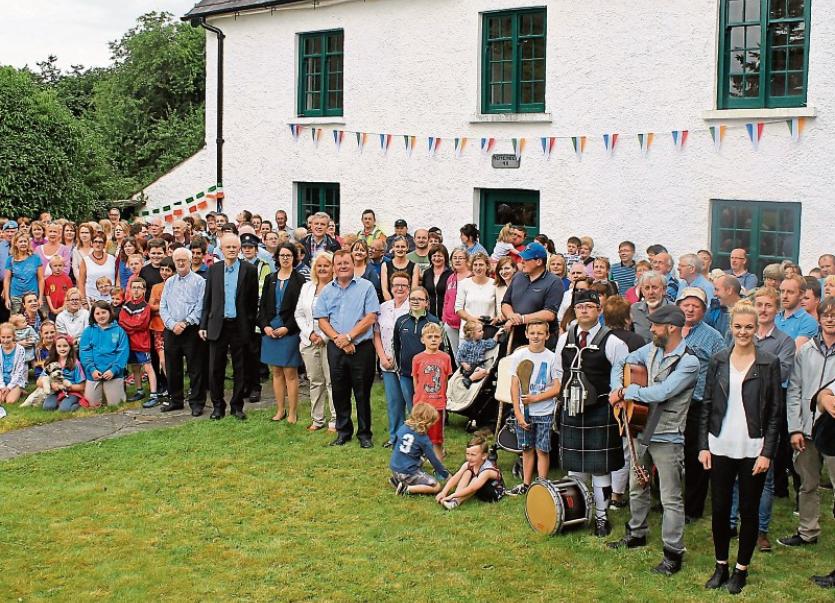 Tipperary has been selected to host this year's National Famine Commemoration, the first time the event has been held in the Premier County.

The announcement was made by Heather Humphreys TD, Minister for Arts, Heritage, Regional Rural and Gaeltacht Affairs and Chair of the National Famine Commemoration Committee.

The event, which will involve the local community, will be held in the Famine Warhouse 1848, the OPW national heritage site in Ballingarry.

Minister Humphreys said: “This is the first time the National Famine Commemoration will be hosted in Co. Tipperary. Each year the commemoration represents an opportunity for the modern generation to remember the devastating impact which the Great Famine had on this country.

“At the heart of the National Famine Commemoration is the involvement of the local community, which each year brings a unique perspective to the ceremony which culminates in the formal State event, with the National flag and military honours, and wreath laying ceremonies.

Minister Humphreys said “The Ballingarry Famine Warhouse is a fitting and historic venue for this year's commemoration and I look forward to working with the local community and our colleagues in Tipperary Co. Council in preparing for this solemn commemorative event.

“The Ballingarry 1848 Historical Society has held the annual Famine 1848 Walk for the last decade, which shows the commitment of the local community to remember An Gorta Mór and its victims.

“Sadly, the plight of hunger still stalks the world today. Our commemoration of the sufferings of our own past can only strengthen and increase our sense of empathy and understand with those societies afflicted by this scourge in our own era”, she added.

The Ballingarry 1848 Historical Society has this week welcomed the announcement.

Speaking on behalf of the Society, Dr Thomas Mc Grath stated ‘This is a good news story for Ballingarry and for County Tipperary. We applied for this national event and we are delighted to be awarded it. We are honoured to be chosen to host this State occasion at the Famine Warhouse 1848, the OPW national heritage site in Ballingarry.’

‘I would like to thank Councillor Imelda Goldsboro of Ballingarry for getting all Tipperary County Councillors to support our letter of application to the Minister. Our thanks to Joe Mac Grath, Chief Executive of Tipperary County Council and his team for strongly backing the proposal. Dr Martin Mansergh and Noel Coonan were very supportive. In Ballingarry our Society chairman Martin Maher, Marie Barry, Anthony Ivors, John Webster and the late Bill Martin all played a role, said Dr Mc Grath.’

‘Ballingarry in 1848 is an important part of the story of the Famine years and it is great to see this being recognised. This year’s annual Famine 1848 Walk in Ballingarry on the last Saturday of July will now be more significant than ever and will be one of a number of community events in the lead-in to the National Commemoration in September. Ballingarry and County Tipperary will pull out all the stops for the occasion and all local organisations and schools will be keen to participate.’

Last year this national commemoration, which is now in its tenth year, was held in Dublin. A formal State occasion of this magnitude with dignitaries, government ministers, national flag and military honours, solemn wreath laying, and diplomatic representatives from many countries, will be a great event in the modern history of Ballingarry and County Tipperary’, he concluded.