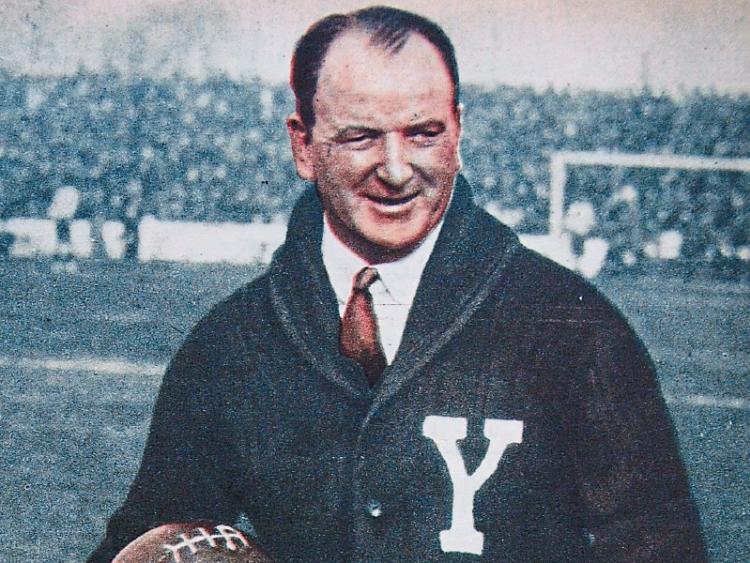 Paddy emigrated to Argentina's capital city Buenos Aires in 1900 and became an important sports figure in that country, going on to fight in the country's first ever professional boxing match and becoming the first coach of Boca Juniors Football Club.

After initially working in the port, he obtained a position as a physical education teacher in a school but also boxed and became involved in football as a player, coach and referee.

In fact he competed in what's considered the country's first ever professional boxing match and his name is also associated with the foundation of Boca Juniors football club with some even crediting him for assigning them their trademark blue and gold jerseys which they still wear today.

Later through his work with the Sports Municipal Committee of Buenos Aires, Paddy McCarthy did much to promote sport especially among the young but is purported to have gone to his grave in 1963 at the age of 92 having revealed little about himself or indeed his time in Ireland.

Interestingly however, it is written that he was born on the 17th of March 1871 in Cashel, Co. Tipperary and attended the Christian Brothers School. It has also been suggested that he had the Premier County's GAA colours very much in mind when selecting a kit for Boca Juniors. McCarthy's fascinating story is the subject of a 4-part documentary to be aired on Tipp Mid West Radio which uncovers more about his time in Argentina and investigates his links to the historic town of Cashel.

In fact it emerges that from around 1850 until the end of the century, Argentina had been a popular destination for Irish emigrants especially from the midlands, with numerous people from Cashel continuing to make the voyage well into the 1920s. As a consequence hurling was one of the sports introduced from abroad which became increasingly popular.

The documentary has uncovered a lot of new information on Paddy McCarthy and the high regard in which he was held in his adopted homeland. For example he had the distinction of refereeing the first ever Superclásico which is the name given to the football derby played between Boca Juniors and River Plate, boxers he regarded as friends included Babe Herman and Gene Tunney whilst he is also photographed with the president of Argentina, the Duke of Kent and the Prince of Wales when they visited Buenos Aires in 1931. He was also the recipient of a gift from Theodore Roosevelt.

Interviewees for the programme include Cashel residents Albert Carrie, Seamus King, John O'Connor and Tom Wood whilst Noel Blanchfield from Ballyneale who resides in Yonkers, New York outlines how he became intrigued by McCarthy's story having first coming across his name in the United States. Among the other contributors is academic and historian Edmundo Murray from Buenos Aires, who has conducted the most extensive research on McCarthy to date.

The revealing 4-part documentary entitled 'The Cashel Pioneer' by Tom Hurley will be aired over four Wednesdays at 11.05am on Tipp Mid West Radio beginning on April 19th. The programmes can be heard outside the county on www.tippmidwestradio.com.