Partner was pregnant with their fifth child at the time 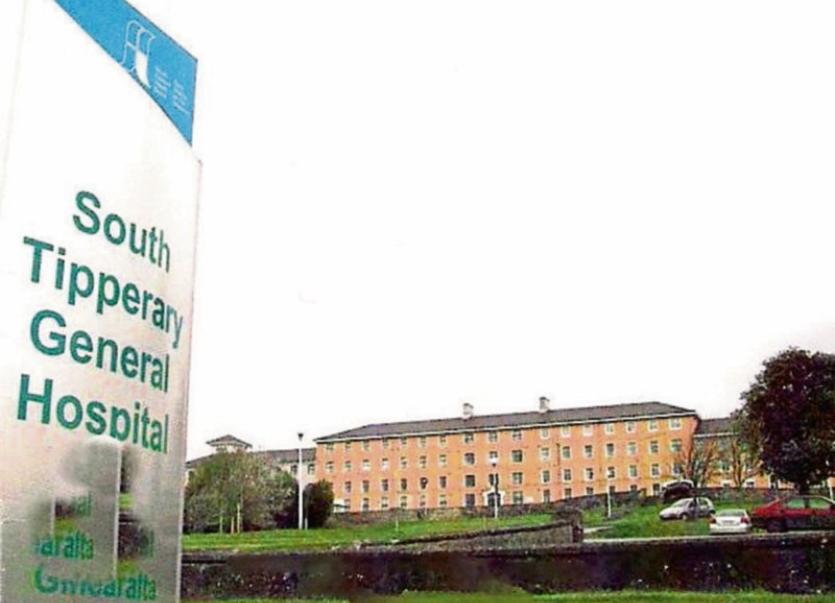 The young father had severe headaches and was sent home from hospital three times in three weeks diagnosed with migraine. He died days later from a brain bleed.

Now raising their five children alone - Éire, 12, Dean, seven, Faye, six, Paige, three, and Evan-Lily, two, who was named after the father she never met - Gwen, who met Evan when she was just 15, paid an emotional tribute to him yesterday.

Evan Morrissey, 28, a father-of-five from near Cashel in Co Tipperary, died in Cork University Hospital (CUH) on March 22, 2014, 20 days after his first presentation at South Tipperary General Hospital's emergency department where he complained of a severe sudden onset headache, vomiting and neck pain.

He presented for the fourth time on March 18 where a scan revealed a brain bleed.

At the inquest in Cork yesterday (Tuesday) into his death, coroner Philip Comyn was told that Mr Morrissey had a history of migraines.

But his partner, Gwen Bradley, said he began to complain of a very severe headache and nausea on March 2, 2014.

He said it was the worst headache he had ever had, that he felt as if something had snapped in his neck, and Ms Bradley called the out-of-hours GP service, CareDoc.

They arranged for him to be taken by ambulance to South Tipperary General, but he was discharged the next morning with a diagnosis of migraine.

Dr Alezandru Triala, who examined Mr Morrissey on arrival, admitted he didn't consult the paramedics' notes which recorded the patient had reported sudden onset of violent headache, vomiting and photophobia - sensitivity to light.

Ms Bradley's solicitor, Cian O'Carroll, asked Dr Traila if this combination of symptoms should have raised a red flag for a possible brain haemorrhage.

Dr Triala said yes, but that following a physical examination of the patient at the time, he diagnosed migraine.

"At the end of my examination, putting everything together, the patient was looking well and all symptoms were resolved, and I decided it was not an emergency at this time, and he was advised to report to the emergency department again if symptoms worsened," he said.

However, when pressed by Mr O'Carroll, the doctor admitted if he had been aware of the patient history recorded by the paramedics, he would have considered other causes for the headaches, beyond migraine.

After this first hospital visit, Ms Bradley said Evan's severe headaches continued, and he went to his GP, Dr Lorcan Keenan, on March 6.

Dr Keenan said he was concerned about his patient, particularly about the neck pain which radiated down his spine to the middle of his back, and he referred him to South Tipperary General again where a scan came back clear, and he was discharged again.

On March 9, Mr Morrissey couldn't join his family at a cinema screening, and spent the time sitting in the car, doubled over in pain, with his head in his hands.

Ms Bradley drove Evan to the hospital again the next day.

"I drove slowly because every bump was hurting him. When we got there, he lay on the floor because he couldn't stop the pain," she said.

He was admitted and by March 11, he had improved somewhat, and the family celebrated his 28th birthday in hospital on March 12, before he was again discharged on March 13.

Consultant Dr Ali Khair said during the 40-hours Mr Morrissey was under his care, there were no "sinister signs" to necessitate further testing.

But Ms Bradley said Evan's headaches continued, and he vomited at home on St Patrick's Day.

Ms Bradley drove him to South Tipperary General again the following day, where a scan showed a small bleed on the brain and he was transferred to CUH.

Ms Bradley said Evan told her he was scared and she walked him to the ambulance, before going home to make arrangements for the care of their children.

She said the hospital called later to say he was up and walking around.

She said he sent her a text later to say he had run out of cigarettes and that she sent a text back but got no reply.

"He didn't respond and I believed he had fallen asleep," she said.

However, she said she got a call from CUH around 1am on March 19 to say Evan's condition had deteriorated and to get to the hospital quickly.

He never regained consciousness and died on March 22, 2014.

'Not only did my children lose their daddy, I lost my best friend'

Gwen Bradley made an emotion tribute to her sweetheart after the first day of the inquest yesterday.

"Evan made me laugh from the moment I met him," she said.

"He oozed confidence, he was a charmer but he was also very sweet and he felt like home. He always surprised me and showed me he couldn't be without me. I loved him for that.

"From the second I told him I was pregnant with our firstborn daughter, Éire, he was so happy. He loved children. He changed nappies and he did night feeds. He played all day with our babies, teaching them songs and teaching them about animals as they grew. He was always the first to make our children smile or laugh.

"He made all the traditions in our family. He cooked Christmas dinner every year. He loved to cook. He was the laughter in our house, the storyteller, the fixer, the cook. Our house and our life is so very quiet without him. But we can still hear him every day. It is so very hard.

"He always knew what to do. He always knew how to fix a problem. There is rarely a question or thought I have that I don't want to turn to hear what Evan would say.

"Not only did my children lose their daddy, I lost my best friend, my soulmate, my partner for life.

"I no longer plan or dream for the future. Our children were so young when Evan died and to watch them grow now without Evan is a pain I cannot describe.

"He was a great man, a loving partner, daddy, son and brother. We will forever be lost without him.

"To have watched Evan in so much pain, for someone who was so strong and to not be able to stop it for him is still so very hard to bear."

With thanks to The Examiner newspaper