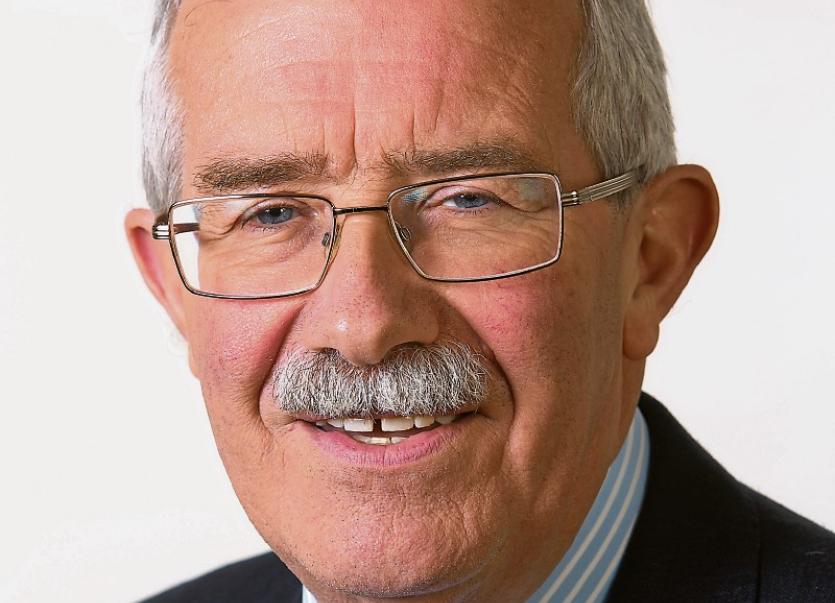 Independent Tipperary TD Seamus Healy has called for pressure to be kept up on the issue of water charges, saying public ownership of the utility should be copperfastened in law.

“On all key row-back amendments, the Labour Party, the Greens and Noel Grealish (IND) voted with FF and Fine Gael at the Committee

“Then the Labour Party and the Greens, hard-line supporters of charging for water generally, cynically voted against the final report.”

Seamus Healy TD, Thomas Pringle TD, Sinn Fein and Solidarity voted against all  FF U-turns and against the final report.

“However, it is important to recognise that gains won by anti-water charge campaigners are retained. There will be no immediate return to general water charges. Those who didn’t pay will not be pursued and those who did pay will receive refunds. The metering of additional existing and unrefurbished dwellings remains halted.  The anti-water charges campaign has also achieved an increased allowance for those on group schemes,” continued the Clonmel based Deputy.

“The recommendation that a referendum be held to change the constitution to prevent privatisation of water services, also, remains.

“However the U-turn amendments make domestic water a tradeable commodity under EU Law. Payment for excessive use to Irish Water Ltd.  commodifies water. This facilitates the phasing back in of water charges over time. Government can reduce the free allowance thus making increasing amounts of water chargeable. This may also be used to prevent the holding of the anti-privatisation referendum or to change the wording as new private suppliers of water are entitled to enter the market under EU Competition Law.  This was facilitated by FF agreeing with FG that the abolition of Irish Water LTD. Would be outside the terms of reference of the Oireachtas Committee

“In addition, FF have also conceded that metering of new builds and refurbishments will continue in a further U-turn. Fianna Fáil has proven again that it cannot be trusted.

“We will campaign with the same vigour against these U-turns as we campaigned for the gains already achieved. We Already Pay For Water. We will not pay a second time.

“Fine Gael, the Endapendents, Labour, the Greens, and indeed Fianna Fáil must not be allowed to restore water charges. They will also attempt to increase PAYE and VAT to make us pay for water a second time. We are already paying for water services through existing general taxation. But the money has been diverted to other purposes including tax concessions to the very rich.

“We are already paying by law. After the humiliation of Fine Gael, Labour and Workers Party candidates by anti-water charges campaigner Joe Higgins in the 1996 bye-election, Brendan Howlin from the then FG-Lab-WP government abolished water charges and transferred the cost on to motor tax and other existing duties and fees in the 1997 Act.

“There is no technical difficulty in retrieving this money for water services by imposing additional taxes on the massive incomes and financial assets Irish super-rich. But Fine Gael and the Endapendents, Fianna Fáil, Labour and the Greens steadfastly refuse to tax this huge wealth.

“The shares and bank deposits of the Irish super-rich are now worth 35 Billion Euro more than at peak boom level in 2006 and 70 billion above “bust” level in 2008. These huge gains are due to the sacrifices and the hardship endured by the blameless majority. When all wealth is considered, the richest 300 Irish People have total assets of 100.03 Billion Euro, a gain of 12 billion in the past year according to the Sunday Independent. That is an average of 333 million each.

“It is time the super-rich gave back something. I will be advocating in the Dáil that significant taxes be imposed on these assets to pay for improved public services

“There must be no increase in taxation such as PAYE, VAT or Motor Tax etc to make us pay for water a second time.

“I will also be advocating at the legislative stage in the Dáil that Irish Water Ltd be abolished and its functions returned to local authorities and the Department of the Environment.

“We must remain organised in the Right2Water Campaign. Fine Gael and the Endapendents, Fianna Fáil, Labour, and the Greens are hell bent on using water charges and additional taxation to soak the citizens generally in order to protect the massive incomes and assets of the Irish Super-Rich. Let us continue to resist this agenda,” added Deputy Healy.