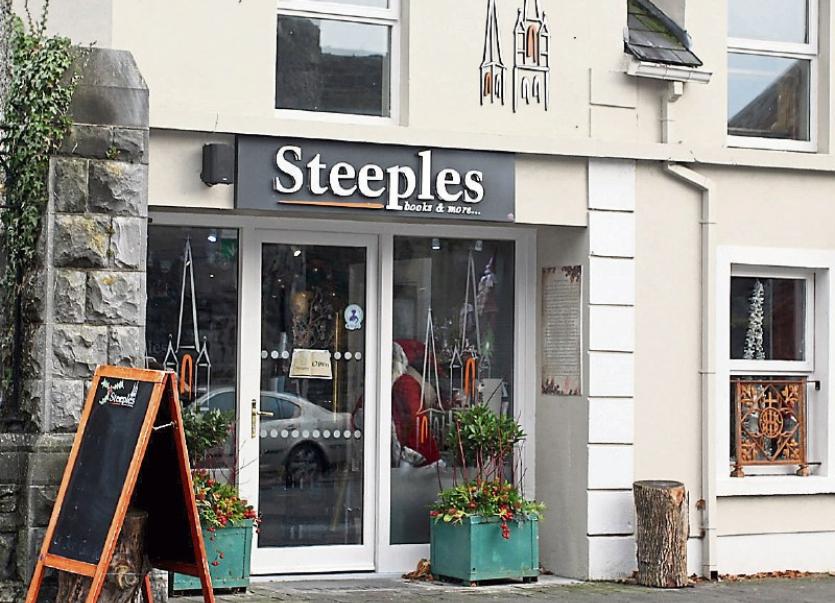 Tipperary County Council is expected to make a decision on April 19 on a planning retention application by Steeples (Books and More) O'Rahilly Street, for a change of use (for sale of religious books and ancillary items) for part of the ground floor level to use as a coffee shop / cafe/ bookshop (with exterior seated area to the rear) together with ancillary service areas; change of use of part of the first floor level (office use as per Pl.Ref: 13520031) to additional seating / meeting area / gallery / exhibition area with associated services; extensions to the rear of the ground floor of the premises and revised internal layout / amendments to previously granted permission.

Last November, the bookshop and cafe was refused a wine licence by Nenagh Court after it ruled the premises did not fall under the definition of being a house of refreshment.

The Gardai had objected to an application by Noel Duggan, company director, Steeples (Books and More), 1 O'Rahilly Street, Nenagh, for an in-house licence.

The objection was based on claims that the premises did not have permission to be a cafe / refreshment house. Supt Bob Noonan maintained the premises was a bookshop and cited legislation going back to the Refreshment House Act of 1860, as amended under the Finance Act 1989.

Supt Noonan contended that Steeples had planning permission solely as a bookshop selling religious publications and associated items. He had suggested that the simplist thing to do was to go back and regularise the planning.