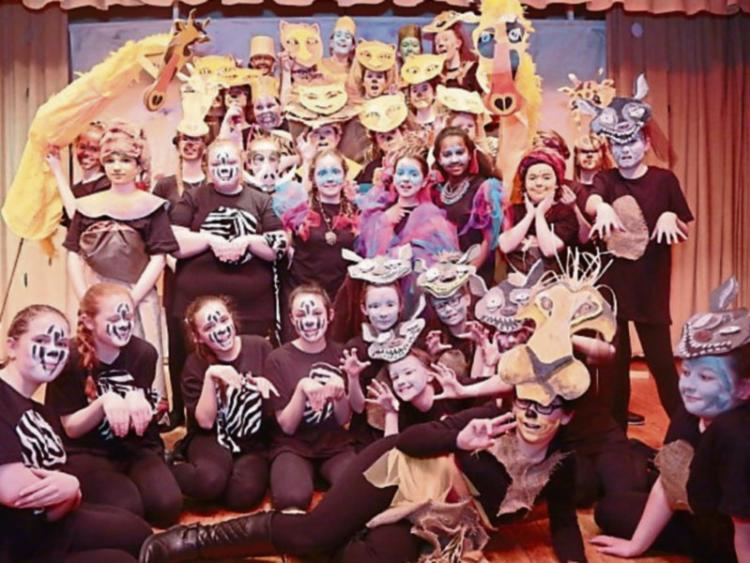 One hundred and thirty students from the school's 3rd, 4th, 5th and 6th classes performed scenes and songs Frozen, Annie, The Wizard of Oz and The Lion King to packed audiences in the Presentation school hall last Tuesday, Wednesday and Thursday.

The "Let's Go to the Movies" show was a huge success and was the culmination of more than three months of rehearsals and preparations by the students and staff.

The show opened with a performance of Imagination from Charlie & The Chocolate Factory and ended with a rousing rendition of "Can't Stop This Feeling" from Trolls performed by the entire cast.

In between, 3rd class students performed a medley of favourite songs from the recent Disney smash hit Frozen, while 4th class brought touching scenes from Annie to the stage. Fifth class filled the shoes of Dorothy and the cast of The Wizard of Oz and the Sixth class students, whose costumes were particularly impressive, transported the audience to the African Savanah for scenes from the Lion King.

Presentation NS Principal Valerie Slattery paid tribute to the students on their amazing performances over the three nights. "Everyone on the stage was a star," she said.

She said the staging of the show was a huge team effort from the school's students, staff as well as theatre experts from outside the school.

It was also a cross-curricular learning experience for the students covering dancing, drama, singing and music, art and design as well as Social, Personal and Health Education (SPHE).

In the area of art and design, for example, she said students worked with artist Margueritte Kent in art workshops to create costume masks and other art for the show's programmes and noticeboards in the school hall.

Ms Slattery thanked Ms Kent as well as Carrick Musical Society choreographer Patricia Woods, Ann Mansell of Brewery Lane Theatre for preparing the students for their stage performances and Willie Allen from the Strand Theatre who did the lighting and Pat Doheny did sound for the show.

She praised and thanked teachers Katherine Bowe Power, Alice Slattery, Julie Gahan, Breiffni Quinlan and Anne Millea for their work with the students for the show, and all the other staff members, particularly caretaker Patsy Hahessy and secretary Barbara Bennett, who helped out with the production.

Ms Slattery also thanked the school's Parents Association for organising a fundraising raffle during the three shows and all the local firms, who sponsored the event. (See photos opposite page.)