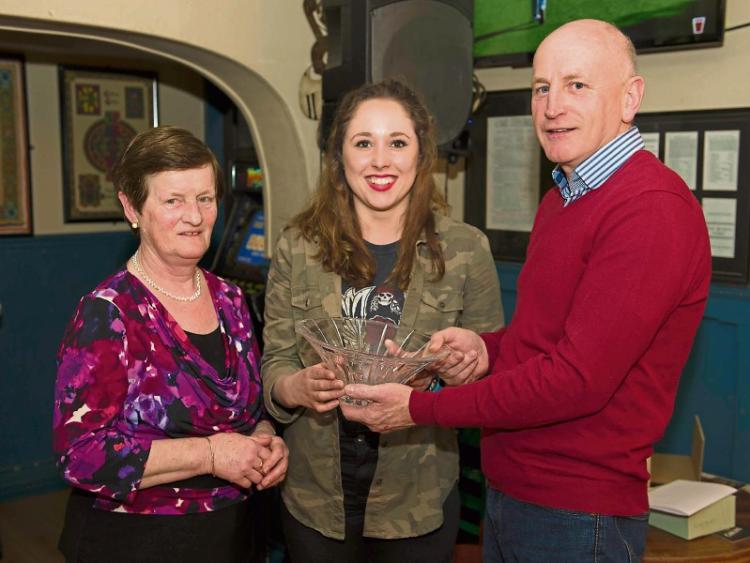 The winner of the Butlers Bar Fethard Sports Achievement Award for March was Aobh Ní Shé, daughter of Martin and Helena O’Shea, The Valley, Fethard.

Aobh was a gold medallist at the recent Irish Open Judo championships held in Derry, and was also named ‘Judoka of the Year’ at UCC as well as being named captain for 2017. The presentation of the award was made last Friday night by local building contractor, Michéal Maher, who sponsored this month’s award.

Nominations are now being taken for the April Award and can be dropped in to Butler’s Bar or any member of the selection committee.