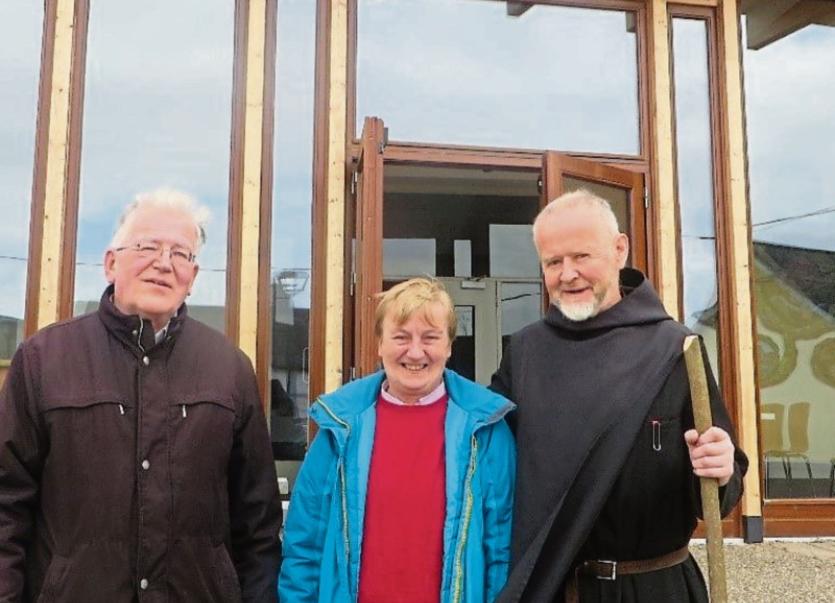 The event is coordinated nationally by Tipperary man Mr. John Gerard O’ Dwyer, author of the forthcoming book 'The Pilgrim Paths of Ireland' and chaired by well known broadcaster Mr. Jim Finn of Ballycahill. The walk was led by local guide Mr. Donal Mackey and the three parish lanterns were carried by students representing Rearcross, Hollyford and Kilcommon. Mrs. Bridget Ryan the parish administrator with the help of volunteers from Rearcross and Hollyford organised the set up of the Pascal bonfire and the Parish Lanterns.

The cermonies concluded with a gathering of pilgrims at Kilcommon Community Hall for some welcome refresehments served on behalf of the community by the Hub administrator Mr.

Micheal Griffin and family from the Rea. A wonderful day was had by all and the Pilgrim Paths Committee are already woking on a new Pilgrim Paths Passport for next year’s walkers to encourage new knowledge and appreciation of Ireland’s pilgrim paths.