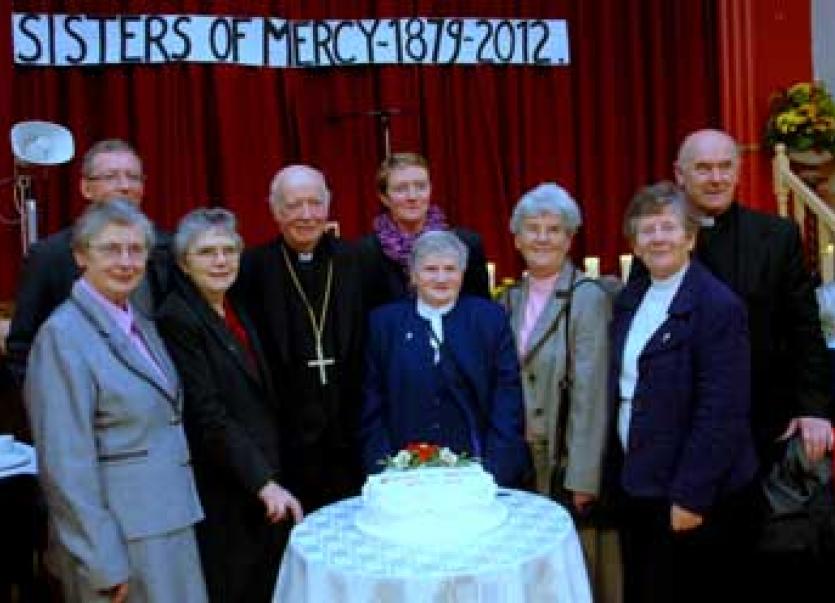 Archdeacon Matty McGrath pictured at the back on the right, is recovering well in South Tipp General Hospital.

Very popular cleric Archdeacon Matty McGrath has received many pledges of support and warmth after he took ill during the Easter ceremonies in Clonoulty, where is retired.

The Archdeacon Emeritus was taken from the Church on Holy Saturday night having fallen ill and was tended to by locals before being conveyed to South Tipperary General Hospital by ambulance having suffered a mild stroke. Thankfully, Archdeacon McGrath is recovering very well as hundreds of message of support and good wishes file in. He is in a very comfortable position at the present time and is expected to be released from hospital very soon.

Former Archdeacon of Tipperary town, Fr Matty was also PP in Holycross Ballycahill, but retired last year to the parish of Clonoulty where he assists current PP, Most Rev. Fr Peter Brennan in the daily duties of the parish. Regarded very highly wherever he goes, Archdeacon McGrath has made an enormous contribution to the parishes he has worked in and is very fondly remembered in those parishes where he brought great energy and enthusiasm, as well as tending to the many and varied needs of the faithful.

In Clonoulty, Archdeacon Matty is enjoying his time and has made  a big impact also. One parishioner told The Tipperary Star, "We are very fortunate to have Fr Matty here amongst us. He is a great man and has really settled in. There was a lot of shock here on Saturday when he got a turn during the ceremony, but thankfully he is on the mend and we can't wait to have him back with us again."

Father Peter Brennan, PP, added, "Thankfully Fr Matty is in great form and he is very grateful for all the prayers and good wishes of the people. I must have been working him too hard," he joked.