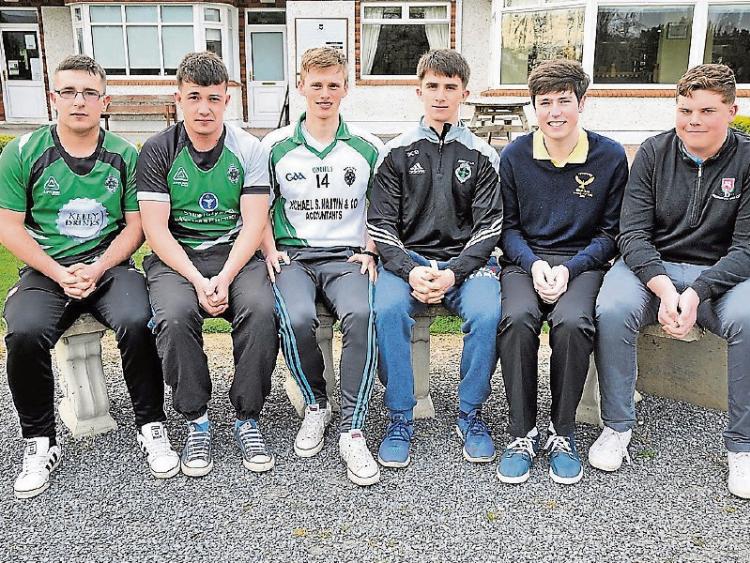 An appeal has been issued to enable the Abbey CBS Secondary School raise funds to equip a new sports hall.

To raise funds for the new PE hall the inaugural Abbey Golf Classic will be held at the end of May at Tipperary Golf Club.

The event was launched recently at Tipperary Golf Club which was attended by past pupils that included FAI CEO John Delaney.

“The existing facilities are well past their prime and our students deserve facilities that are appropriate to present day needs” he said.

The chairperson of the PE hall development fund Michael Martin appealed for support for the project in the big West Tipperary East Limerick catchment area that the school serv es.

“Past pupils, local business and sporting clubs can support the golf classic by entering teams or by sponsoring a tee box” said Michael Martin.

The Abbey,which has over four hundred pupils, is an Edmund Rice Trust School renowned for educational and sports excellence.

The Abbey competes in all Munster and Tipperary post primary schools football and hurling competitions winning senior B football titles on seven occasions and leading the roll of honour(1997,'98,2005,'07'08.'11 and '15The school reached the All-Ireland final in 2015 losing to Carlow CBS in the final.

The Abbey has won the Munster and All-Ireland PPS Senior B hurling competition on three occasions (1992,2002 and 2016).The school also has a very competitive rugby programme which was started by Billy Cronin , former Munster rugby player , competing in a range of competitions including first year, U15.U16 and senior.The school has won the Munster senior schools O' Brien Cup on four occasions since 2005.

With recent renovations that include the new Mary Rice centre for special educational needs and learning support the Abbey has an impressive track record in improving and developing facilities.