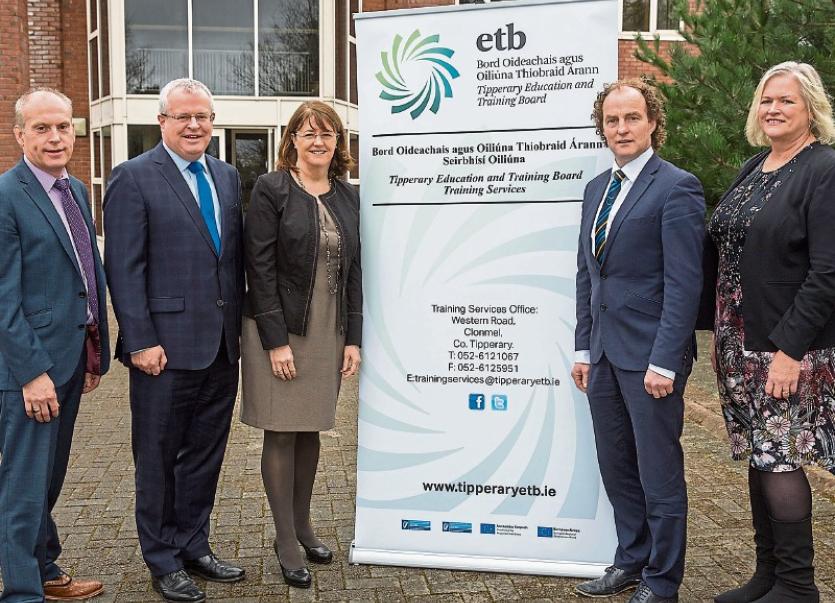 Apprenticeship training in Tipperary has received a boost with approval for six new ventures.

Tipperary Education and Training Board has been charged with running the new scheme.

The Director of SOLAS (the national authority over Further Education and Training), Paul O’Toole, travelled to Tipperary to discuss SOLAS approval for the provision of six apprenticeships in the following trades: Electrical (x4) Electronic Security Systems (x1) and Construction Plant Fitting (x1).

Tipperary ETB will be charged with instructing apprentices in these trades to complete Phase 2 of their apprenticeship.

The apprenticeship route is no longer considered as a consolation prize to not progressing to university. Employers and industry value work-based learning, as this model equips individuals to hit the ground running when they secure employment.

There is an ambitious national target to support the delivery of 50,000 apprenticeship and traineeship places up to 2020.

Strong employer commitment will be key to achieving these targets. Tipperary ETB is conducting an on-line survey of employers’ training and education needs. This survey is available on www.tipperaryetb.ie

Tipperary Education and Training Board is delighted with these developments and is looking forward to playing its part in assisting people to acquire skills that will enable them to contribute to the Irish economy and society, as well as improve their own lives.

Cllr John Hogan, TETB Chair, thanked Paul O’Toole for the approval of the six apprenticeships and paid tribute to the hard-working staff in the ETB who submitted the expressions of interest to SOLAS, and said that these apprenticeships would be a huge benefit to both the learners and the county of Tipperary.

Fionuala McGeever, CE, thanked Paul O’Toole for taking the time to visit Tipperary and meet with the staff, and said that this opened an exciting chapter for the ETB. The future development of Further Education and Training in the county will have main centres in Clonmel, Thurles and Nenagh to complement the existing locations currently in operation.