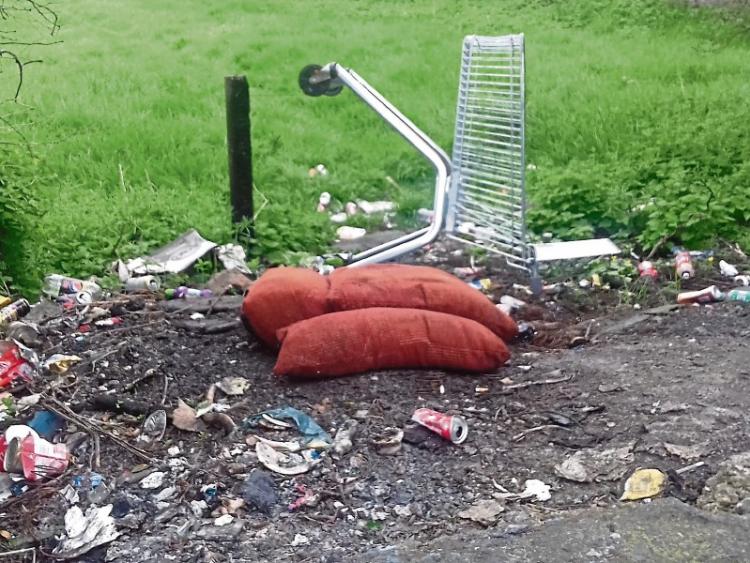 Anti-social activities are blighting an area near the heart of Thurles, leading for calls for CCTV and better lighting in the area.

The end of the laneway has become strewn with rubbish, and a shed in the area has become associated with drug taking, according to some local reports. Cllr David Doran has reported one incident he heard from one of his constituents to the Gardaí, while Cllr Jim Ryan says he has repeatedly raised the issue at Council meetings.

“We’ve known about it for a good while now,” said Cllr Ryan. “I have been receiving serious reports from residents in the Four Estates about that area.” Cllr Ryan wants the Council to install proper lighting, and a new surface in the laneway. “It is ongoing. I will be raising it at our Municipal District Meeting.”

Residents have told him that open drug taking is taking place in the area, which can become flooded during heavy rains. “What I hear is that the anti-social behaviour is going on in the laneway, but out of view of the people. There’s dumping going on, and people burning rubbish.”

Cllr Doran told the Tipperary Star that he made contact with the Gardaí immediately after a member of the public told him of an incident. “They came across stuff which suggests there was definitely some drug taking going on in a shed.” The shed is located just off the laneway, on the left side, coming from the direction of Kickham Street. “It needs to be cleaned up. Maybe put in some cameras could be put in, and give the area more attention.”