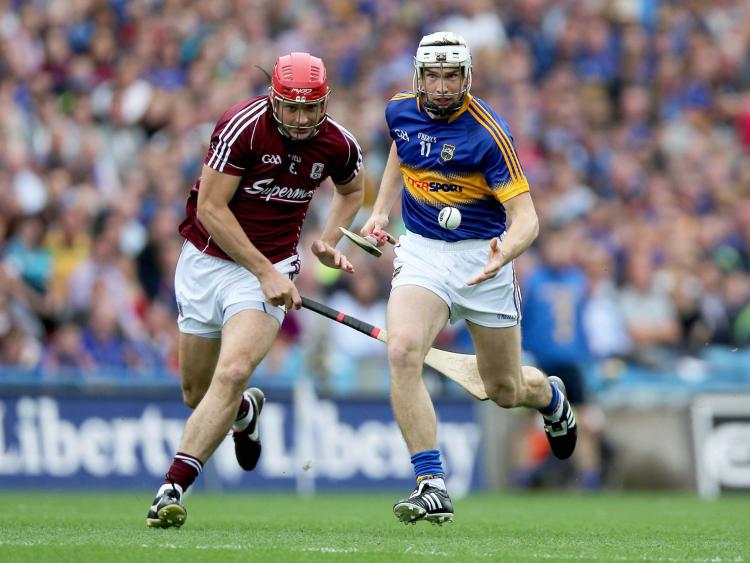 Tipperary's senior hurlers received a major make-up call ahead of their championship tie against Cork in a months time when Galway hammered them in the Allianz NHL Final at Limerick this afternoon.

Who would have seen this coming?

Galway captured the Allianz NHL title at Pairc na nGael, Limerick this afternoon when they dished out a severe hiding to favourites Tipperary, scoring one of the biggest winning margins in clashes between the sides for many a year.

It was one of those days for Tipperary when absolutely nothing went right, and everything seemed to go wrong. Indeed, Premier supporters will be hoping that this is simply a blip on the seasons road, albeit a very costly one with the chance of gaining early silverware passed up.

Tipp were playing second fiddle all the way through and Galway thoroughly deserved their victory - the sixteen point victory, could as easily have been multiples of that margin.

Galway led at the interval by 0-11 to 0-5 but their lead should have been far greater - a feature of the half had been their very erratic shooting amounting to 12 wides. Had Galway been more accurate, they could have been out of sight of the Premier men.

It was hard to credit that the free scoring Tipp attack could be held to just 0-2 from play in 23 minutes - Noel McGrath and Brendan Maher getting those, but that's the way it played out. Galway were dominant in defence and had they been more on the ball in attack they would have been in a far better position at the break. Joe Canning had 0-6 of Galway's total with Conor Whelan adding 0-3 from play.

Tipp needed to up the ante considerably with Steven O'Brien making way just before the break with Niall O'Meara coming on in his place. It didn't happen though and Galway extended their winning margin by game-end, playing some sublime hurling to completely blow Tipperary out of the water.

Three second half goals from Jason Flynn after 40 seconds of the second half, Flynn again in the 22nd minute and Cathal Mannion in the 32nd  gave Galway the title on a day that Tipperary will certainly want to forget.

So, it's championship next for Tipp against Cork in a months time. Perhaps this afternoons defeat with help to dampen expectation in the county and provide the much needed wake-up call to the squad.