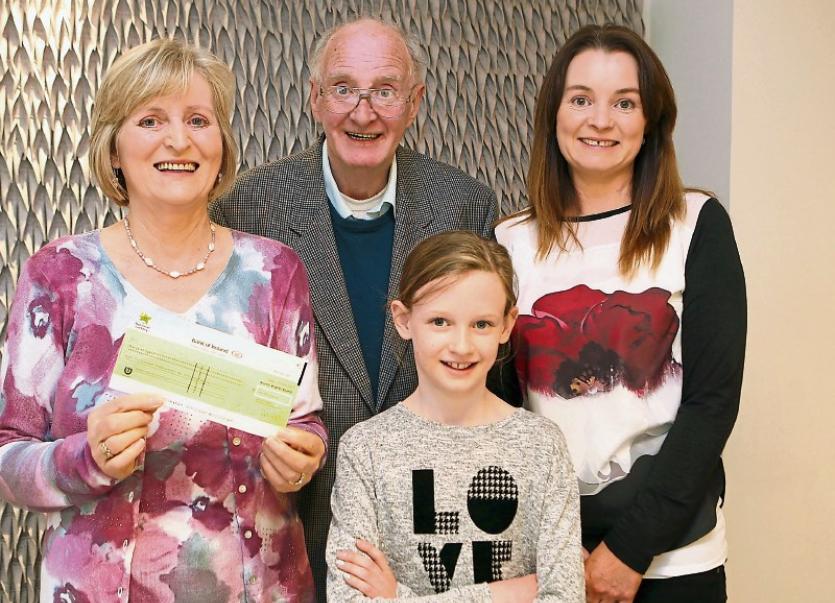 Ardfinnan’s Margaret Egan proved lotto luck can strike more than once when she collected a cheque for €45,742 from National Lottery headquarters today (Thursday, April 26)

And now that she is on a winning streak Margaret will be chancing her luck in this Saturday’s Lotto draw, which is set to hit a mega €11 million.

“There was definitely something in the air for me this month! I had a feeling that I was going to strike something big after my small wins,” says a lucky Margaret, who purchased her winning ticket from Flynn’s XL Store in Ardfinnan.

The shop owner, Martina Flynn, is a cousin of Margaret’s husband Martin.

The retired assistant director of nursing with the South Tipperary Mental Health Services visited the National Lottery headquarters to claim her win with Martin, her daughter Elaine, and 9-year-old granddaughter Kate. 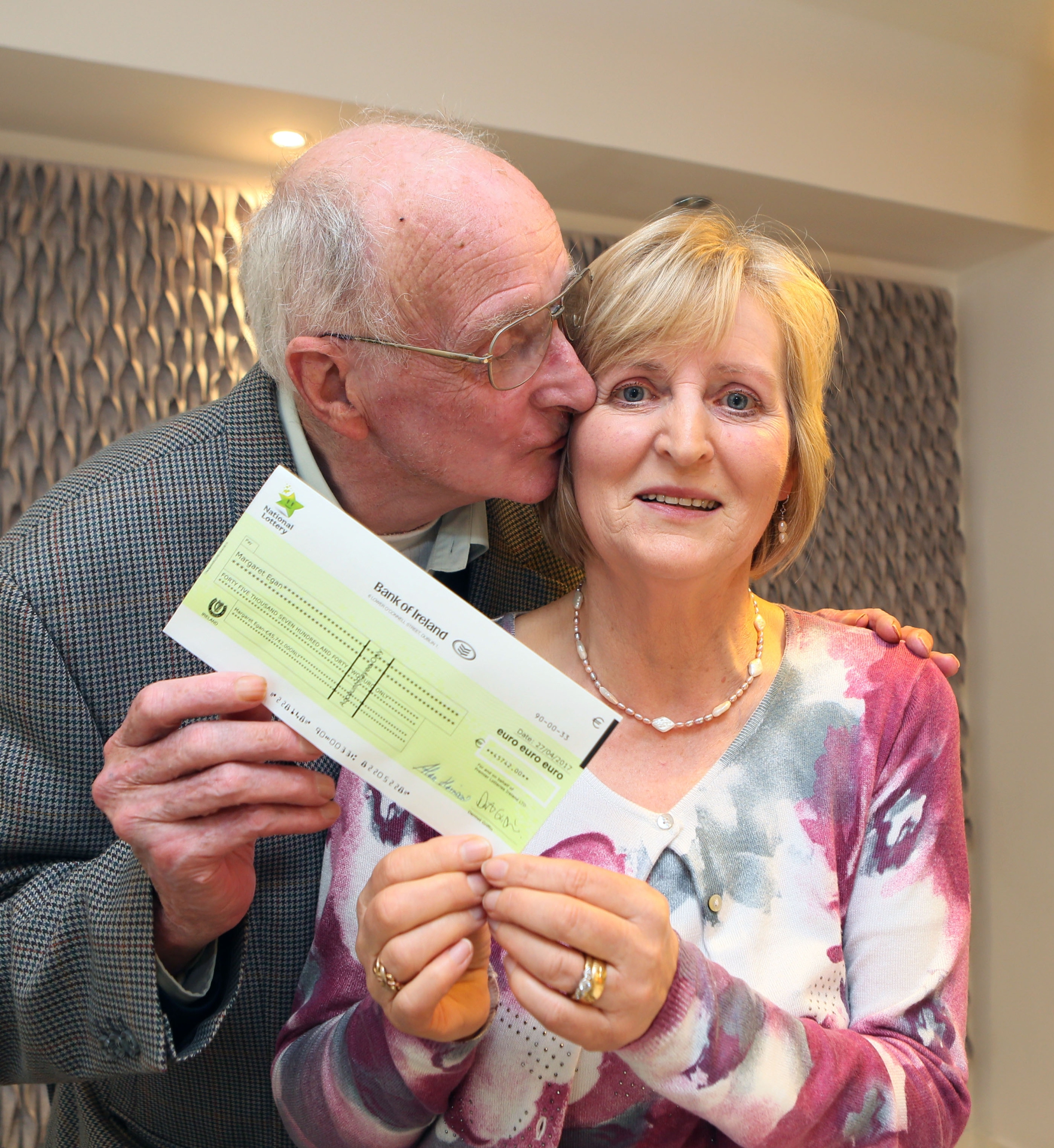 Margaret and her husband Martin celebrating at National Lottery headquarters.

Margaret revealed when she won ten years ago that she had the ticket in her bag for three weeks before realising she had hit a windfall.

And it was Tuesday of this week before she realised she had scored again. “I checked the ticket in Dunne’s Stores and a message came up to check with the National Lottery. When I got home I checked my numbers online. I was thrilled,” she smiles.

Margaret’s win ten years ago came at the right time, just weeks before her son Mark’s wedding. But she has no plans for this win. “It is lovely to have this as a cushion. We will wait and see,” she adds.

Meanwhile Ireland is bracing itself for a double May Bank Holiday weekend lottery bonanza, with players getting a chance to win big on two bumper Jackpots.

The National Lottery says the dazzling Jackpots will add to a Bank Holiday Weekend feel-good factor, with sales brisk as excitement builds around the country.

A spokesperson said players are being reminded they have an option to combine play in stores for both draws with ‘Jackpot Bundle’, which allows play in both EuroMillions and Lotto. The transaction is processed together and two tickets are printed.

The Lotto Jackpot has been rolling over since March 1st, when €12.8 million was won by a syndicate.