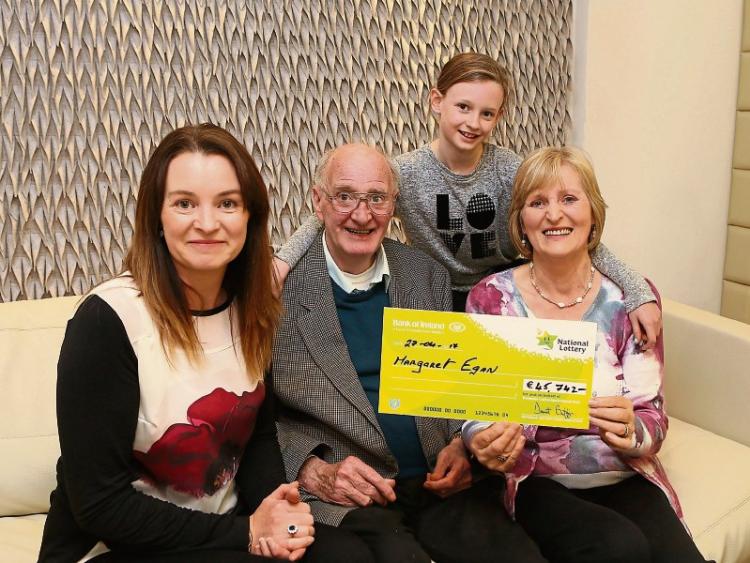 A Tipperary woman has proven lotto luck can strike more than once after collecting a cheque for €45,742 from Lotto HQ almost ten years after scooping a €12,000 prize in the Lotto draw.

Margaret Egan from Ardfinnan paid a visit to National Lottery headquarters in Dublin this evening alongside her husband and family members to pick up a cheque for €45,742 after her winning numbers were called in last Saturday’s Lotto Match 5 Plus Bonus number.

This is the latest win in recent weeks for Tipperary lotto players after a Roscrea woman who had spent the last 26 years working in the same factory took home a €500,000 prize after correctly guessing the winning numbers in the Euromillions Plus draw. In March lotto fever hit the town of Roscrea again after a newlywed couple won the Lotto Plus 1 top prize taking home a cool half a million Euro.