Roadmap to the future now on display in Roscrea Library 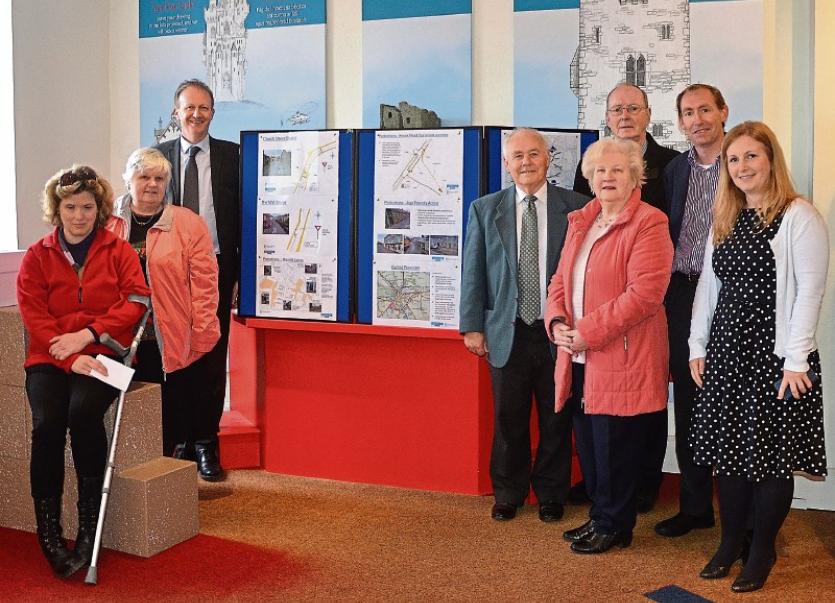 Roscrea’s streetscape and traffic control are in for a radical shake-up with a new plan designed to be a “roadmap” for the town for at least the next decade and beyond, heard this months’ Thurles/Templemore Municipal District.

Executive Engineer John Jones said Roscrea’s new Traffic Management Plan is on display and members of the public should study the plans carefully. Groups such as Age Friendly Roscrea, the Chamber of Commerce, and local Councillors and business people are heavily involved in the plans, focusing in particular on car parking, and road entrances. About 80 proposals have been brought forward for different parts of town. The public can view the plans in Roscrea Library for the next few weeks.

There are some 52 car spaces between Castle Street and Market Square, with a need for about 50 space in that area. It’s envisaged that the new system will aim to prevent clogging up of Main Street during peak hours, have more one-way systems, with a “roundabout structure” on the top of Market Square.

Footpaths will be wider, and “provide more structure to pedestrians”. This will mean narrower roads for drivers.

Cllr Michael Smith said the last plan was back in 2002, and there have been a “lot of changes and developments since then.” The plans will fall far short, if money isn’t made available to back them up, he said.

Mr Jones said “it’s more than a traffic plan. It’s a roadmap for the future, until 2033.” There is a clamour now for self-driving cars, and electric cars, and “a lot of changes coming down the road,” which the plans should take into account.