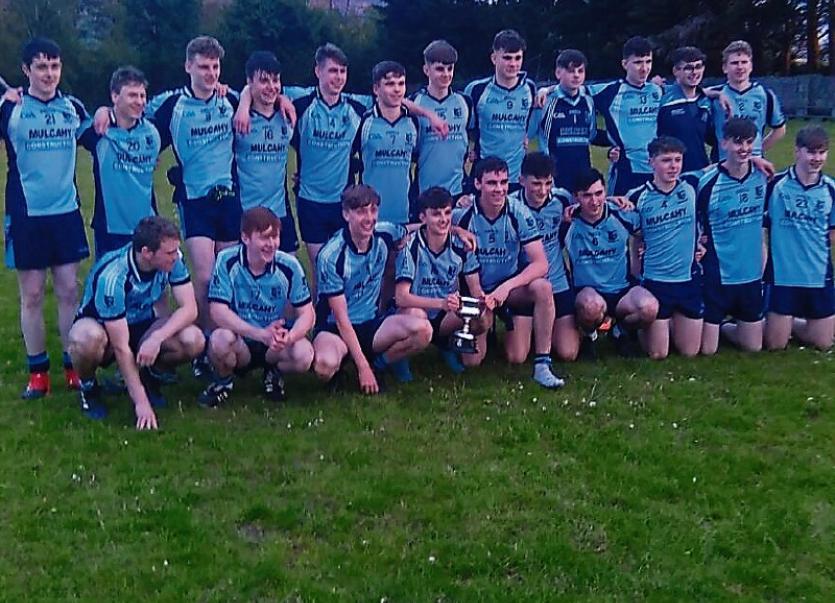 Moyle Rovers cruised  to victory to claim the clubs first south minor football A title in nine years when they blew away Grangemockler/Ballyneale with a three goal first half  blitz.

Two of those goals came in the opening six minutes and after that Grangemockler/Ballyneale were always fighting an uphill battle  in the south minor football final played in Cloneen this evening. 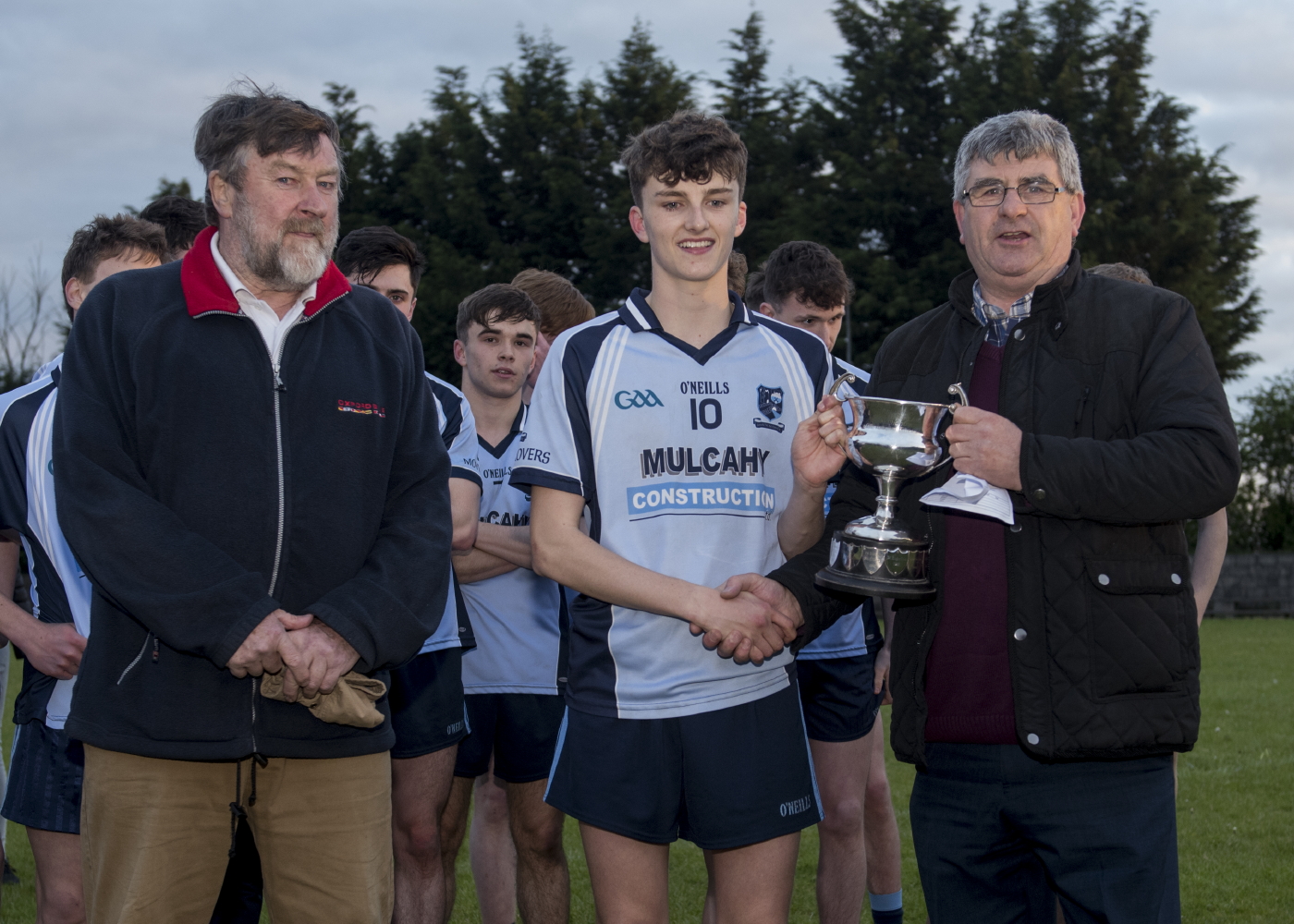 It was a superb team performance led by captain Cillian Crowe(pictured above receiving the trophy from south board officers Noel Byrne and Michael Cooney) and crowned by a superlative display from county minor Rian Quigley,.

In a first half master class Quigley hit an impressive 2.2 and tormented the Grangemockler defence every time he showed for the ball.

Quigley opened the scoring within a minute with a  converted free and four minutes later blasted to the roof of the net for the score of the game.

Quigley was also involved in the second goal a minute later when he moved swiftly onto a ball from Cathal McKeown before slipping in Luke Delahunty who cooly finished to the net.

2.2 to no score down inside ten minutes Grangemockler refused to buckle and responded with a point and a goal from a well taken penalty from centre back Manus McFadden after sixteen minutes.

Grangemockler,however were given no chance to build on that, and a minute later Moyle Rovers hit back when Quigley finished to the net again at the end of a free flowing move.

That goal proved to be the most important score of the game in that it shut down any momentum Grangemockler had created as a result of the penalty.

Rovers held a nine point lead at the interval and outscored their opponents by five points to four in a more even second half to run out comfortable winners in the end by ten points.

Grangemockler were overpowered in the first half when  Darragh Bolger, Diarmuid Mulcahy and Jack Harney ensured their team were dominant in the crucial areas.

TheMoyle Rovers defence restricted  Grangemockler to  just one point from play scored  with three minutes remaining with the fullback line of   Michael Cleary,Conor McGrath and Brian Lacey working hard to limit the opportunities Grangemockler had in front of goal.