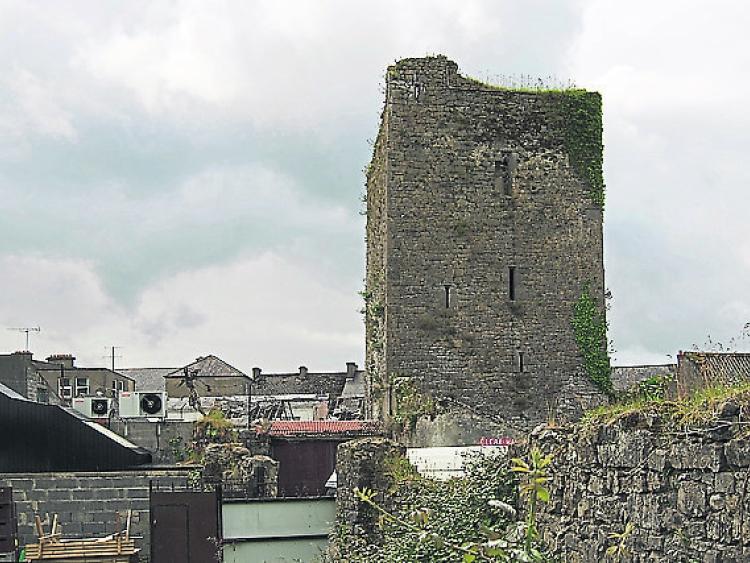 The Black  Castle home of Lady Thurles - a direct descendant of the late Princess Diana, mother of Princes William and Harry - has a guide price of €300-350,000  and should be bought by the OPW say locals. Watch video below.

There is widespread interest in the sale of the historic Black Castle in Thurles, which was home to Lady Thurles - a direct descendant of the late Lady Diana Spencer, and consequently Prince Harry and Prince William.
The extensive property which has access onto Liberty Square and the Parnell Street Car Park, comprises the castle, shop unit(Daly's fish shop) and large three storey townhouse which had been occupied up to recently.
News of the sale of the property has generated much interest locally and widespread commentary on social media with calls being made for the Office of Public Works to purchase the premises and restore the castle in order for it to be used as a tourist attraction.
“It is certainly a unique building in Thurles and I am thrilled to be involved in the sale process,” said local auctioneer Sean Spain.
“It's not everyday that such an historic property comes to the market and given its significance, it has certainly generated a lot of interest. Apart from the castle itself, where Lady Thurles lived most of her married life, there is also the shop, the house and a large yard with outhouses included in the sale,” Sean Spain added.

The castle enjoys panoramic views of the Cathedral of the Assumption and the original stone staircase is still intact as well as the famous Murder Room and the slit windows.
Ascribed to the Knights Templars, Thomas Butler, Viscount of Thurles, son of Walter Butler who were the first to take up residence there, Black Castle is situated on the western side of Thurles' Liberty Square.
Thomas was summoned to England in 1619 to answer charges of treason but his ship was wrecked off Skerries and he drowned. His wife, daughter of Sir John Poyntz, Bart of Acton, Gloustershire was the celebrated Lady Thurles - they had been married in 1608 and had three sons and four daughters.
Lady Thurles married again and had two more sons and a daughter. Her second husband Captain George Hayes, Mathew of Ralyr and Llanduff in Glenmorganshire, Wales died in 1636 and left her a widow until she passed away in 1673 - she is interred beside St Mary's Famine Museum in Thurles and a period painting of her is housed in The Source Theatre.
A devout Catholic and Royalist, Lady Thurles lived in the castle for most of her married life apart from a brief period during the Cromwellian regime.
Apart from the direct link to Lady Diana Spencer, Prince Charles is also a direct descendant of Viscount and Lady Thurles. 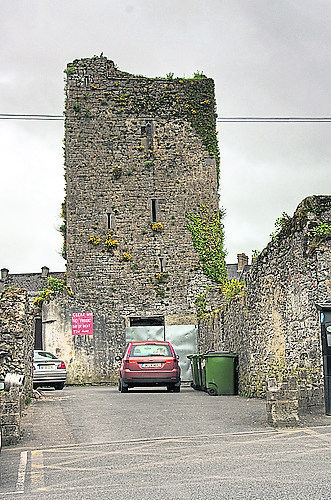 A view of Black Castle from Parnell Street car park.

“I have raised the matter of this sale at County Council level and at Municipal District level also calling for a letter to be sent to the Office of Public Works and asking them to purchase the castle. I think it would be a great shame to allow such a historically significant building of this kind and such a unique opportunity to slip by. We have a real chance to do something which would bring in many tourists to Thurles and it is my view that every effort should be made to secure the ownership of the castle,” Cllr Jim Ryan told The Tipperary Star this week.
There is a guide price on the entire lot of between €300,000 - €350,000 and considering the interest reported by the auctioneer and on social media, it could well exceed the guide.
It was owned by the late Billy Maher, a well known butcher in Thurles, who passed away recently.