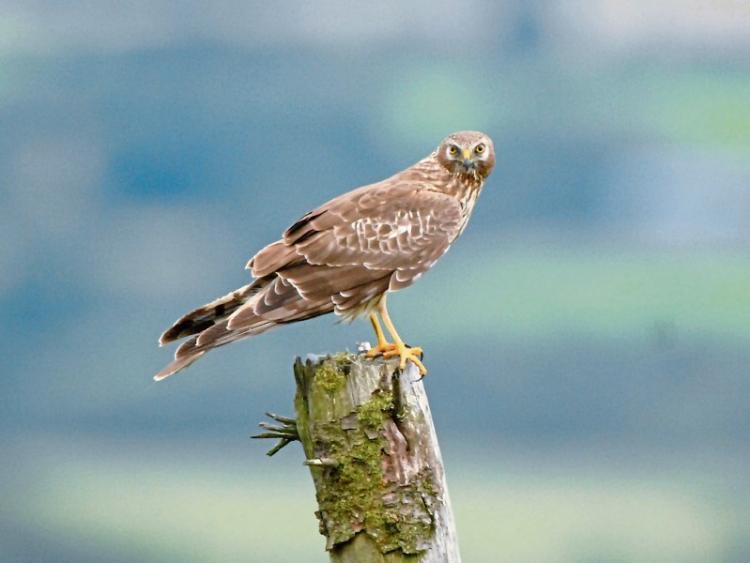 The Minister for Agriculture, Food and the Marine, Michael Creed TD, has announced that work on the roll-out of the new locally-led Hen Harrier scheme will begin immediately.

The Minister confirmed his Department had signed contracts with the Hen Harrier Project Ltd, representing a consortium of skilled and experienced conservationists, agricultural advisors and environmental scientists, to lead on the design and delivery of the new scheme.

The winning team was selected on foot of a competitive tender operated by the Department of Agriculture, Food and the Marine as offering the best approach for this critical new scheme which seeks to save one of Ireland’s most endangered birds.

The Minister said he was delighted that, following a long procurement process, his Department was now in a position to move forward with a strong, innovative proposal from a highly qualified and experienced team.

Minister Creed said “I am looking forward to seeing the new scheme in place as soon as possible. This scheme is targeted specifically at farmers with designated land and should provide farmers in those areas with an important additional income stream on top of GLAS and GLAS plus”.

The new Hen Harrier team is led by Fergal Monaghan, an experienced farm advisor, working alongside the Golden Eagle Trust, with Brendan O’Gorman Accountants providing financial management inputs. An extensive team of raptor specialists, fieldworkers and farm advisors will support the roll-out of the scheme on the ground, with a strong local focus in delivery of the new measures.

This new approach is being introduced as a pilot project under the European Innovation Partnership measure which forms part of Ireland’s Rural Development Programme. It aims to bring farmers, farm advisors, a conservation NGO and researchers together to deliver a targeted landscape level intervention which places the farmer at the heart of the process.

Creating sustainable farming systems that work for both the farmers and the bird, and deliver real socio-economic benefits to the areas concerned, is a key objective.