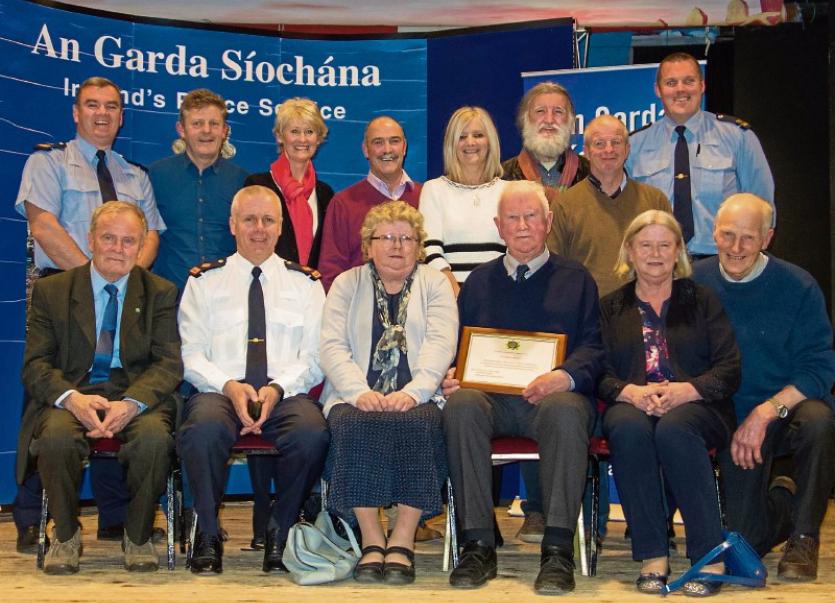 Congratulations to Austin O’Flynn who was one of the recipients chosen to receive a Tipperary Garda Community Award presented in Halla na Féile, Cashel on Thursday, April 28.

Austin was honoured for his long and dedicated contribution to Fethard & Killusty Community over his lifetime – an award well deserved and acknowledged on the night.

Among his many achievements, Austy was a founder member of Fethard Development Association in 1968 and went on to form the Fethard & Killusty Community Council in 1976. He was the driving force behind the Fethard Players since the 1970s and the refurbishment of the old derelict Coffey’s Mill into the fabulous Abymill Theatre, which opened its doors in 1988.

Well done Austin and thanks for your influential role in local affairs throughout the past years and we look forward to many more years of active community service yet to come.