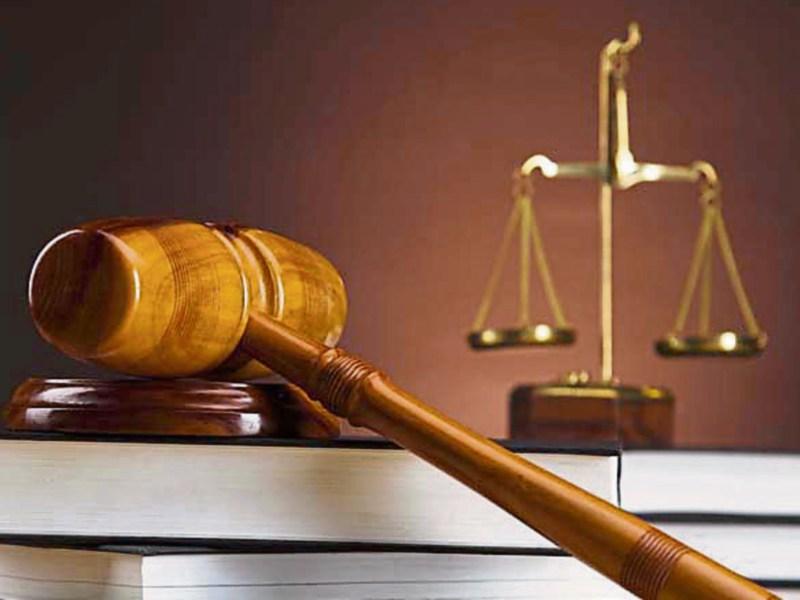 Two men who received 20 year prison sentences for an aggravated burglary in Tipperary have had their tariffs reduced to 18 years on appeal.

They were sentenced by Judge Thomas Teehan at Clonmel Circuit Criminal Court on October 1, 2015.

Five of the seven men brought appeals against the severity of their sentences in the three-judge Court of Appeal. Gately and Byrne had their 20 year tariffs reduced to 18 with the final four years suspended due to the “excessive” divergence between their sentences and the terms of their co-accused. The three other men had their appeals dismissed.

Giving judgment today (Friday), Mr Justice George Birmingham said the court was in no doubt that the sentencing judge was correct in concluding that the case fell into the most serious category of aggravated burglary and the Court of Appeal was “surprised that submissions to the contrary” were advanced by some of the men's lawyers.

Michael McDonagh and Donal O'Hara had the greatest claim for leniency. They did not bring appeals against their sentences.

Dean Byrne and Patrick Gately “merited the most severe sentences” and Thomas Flynn along with the two Joyces made up the middle group.

Mr Justice Birmingham said the sentences imposed on the Joyces were “appropriate having regard to the gravity of the offence”. He said the sentencing judge saw fit to differentiate between them. John Joyce was the driver and supplier of the VW Passat and it was his phone that was in intense contact with the phone of Dean Byrne in the Saab. Moreover, John Joyce had the more extensive prior record.

Mr Justice Birmingham said there were a number of factors why Dean Byrne and Patrick Gately should have received the most severe sentences.

First of all they were the occupants of the stolen famliy jeep when it was involved in “outrageous driving”. They had the most extensive prior records and their guilty pleas were entered only on the date of trial.

The Court of Appeal however, had a concern, about the divergence in the sentences. Gately's and Byrne's net sentences of 16 years were more than three times the sentence of those who received the lightest terms and six years longer than Patrick Joyce, five years longer than John Joyce and seven years longer than Thomas Flynn, though his sentence was modified on principle because it was made consecutive to a term already being served.

Significant as the reasons were for differentiating, Mr Justice Birmingham said the court concluded that the divergence was excessive and required intervention.

All other appeals were dismissed.

Giving background, Mr Justice Birmingham said all seven men travelled from Dublin in convoy in order to commit the burglary at the Corcoran home, which was a bungalow, in a cul de sac, in a rural area outside Killenaule.

Mr and Mrs Corcoran lived with their three children, all girls, aged 8, 6 and 2.

Mark Corcoran had been sleeping in a secluded room at the rear of the house because he had an early start the following morning and did not want to disturb the rest of the household.

He described being woken by a man wearing a black balaclava, brandishing a machete.

Another, taller man appeared to have a black handgun he struck Mr Corocan in the face with causing him to bleed extensively.

They were shouting: “where is the safe, where is the money?”. Mr Justice Birmingham said there was in fact no safe on the premises but the raiders refused to accept that. As they were told there was no money or safe they became increasingly agitated.

Mr Corcoran was led into another room where he noticed a third man with a sawn-off shotgun, also wearing a balaclava.

Mr Corcoran suffered significant injuries and in particular nasal injuries which required four surgeries. He had been pinned to the ground and his hands were tied behind his back with cable ties. One raider knelt on his back between his shoulder blades, even though he was already restrained.

A threat was made to Mr Corcoran that his feet would be cut off and, given the presence of the machete, this threat was taken “very seriously”.

The two eldest daughters, who had a clear view of what was going on, became very distressed and were screaming. The youngest was in a cot and could hear the threats that were being made.

Emma Corcoran had cause to witness the assault on her husband and she herself was dragged through the house by her hair. She was threatened that a screwdriver would be put up her nose and threats were made to her that the raiders would shoot or kill the children.

A sum of €1,300 was handed over and a substantial quantity of jewellery was taken, including jewellery Emma Corcoran had inherited from her late mother, such as an engagement ring worth €3,500, which was of considerable sentimental value. While some of the jewellery was subsequently recovered following an anonymous tip-off in August 2015 to go to a particular location, the engagement ring has never been recovered.

While the incident was in progress Emma Corcoran, with “great presence of mind”, managed to make two separate 999 calls. As a result gardaí were dispatched to the scene.

At one stage the raiders sought a key to the family car, which was taken and later encountered by gardaí in Portlaoise. They chased that vehicle.

In order to evade the gardaí, the vehicle was driven at very high speeds, leaving the motorway network. It drove throught the village of Ballybrittas at speeds of 200km/hr.

At about 4am, Gardaí from the Organised Crime Unit who were travelling south on the M7 observed the VW Passat travelling north at a high speed followed closely by a Kia Sorrento. The gardaí noted that the Passat was tucked in tightly behind an articulated truck as if to hide itself.

Initialy the Passat accellerated when gardaí came behind it but then the occupants realised that the vehicle could not outrun the gardaí and it pulled into the hard shoulder. There were five males inside.

The driver was John Joyce, the front seat passenger was Patrick Joyce, his brother, and in the rear were Donal O'Hara, Thomas Flynn and Michale McDonagh.

Later, gardaí came across the Kia Sorrento as it headed north towards Dublin. At one stage the occupants of the Kia Sorrento became aware they were being followed and attempted to escape. That involved weaving in and out of the rush hour traffic that was headed to Dublin.

As they encountered heavier traffic closer to Dublin, they drove on the right margin of the motorway where there were loose stones and road work signs. The vehicle was driven through any obstacles that were there, clipping off cars which were stopped, knocking down road signs and knocking mirrors off vehicles.

It was brought to a stop at Newlands Cross. The driver was Patrick Gately and the front seat passenger was Dean Byrne.

Each man was arrested and detained.

Dean Byrne was asked during garda interviews if he could 'picture the kids'.

In a victim impact statement, Mark Corcoran stated: “On the morning of the 21st of November, 2013, my life, as I knew it, was completely turned upside down. The actions of a number of people that night will haunt me for the rest of my life. I wake up every morning, look in the mirror and still see the scar on my face from where I was assaulted on that night. It is a constant reminder of what happened. I have had surgery to try to repair the scar tissue and I still require a number of operations to try to get my eye back to normal.”

“I have an enormous sense of guilt, being the man of the house, that I could not do anythign to protect my wife and kids on that night. Being tied up face down on the floor, covered in blood, to have my eldest daughter stand over me crying that her daddy is dead, I can only describe as being at my own funeral but being fully awake.”

“My kids saw and heard things that night that no child should ever go through. I often have nights when I am afraid to go to bed and have spent hours just sitting in front of a monitor for security camera just watching what is happening outside.”

“My wife and I have suffered a great deal, not just emotionally but financially. The business that so much work had gone into was no longer an option as we were afraid of something happening again. Even now as I write this, I can still hear voices shouting: 'Where is your money? We want your money'. There was jewellery taken that belonged to my late mother-in-law that had great sentimental value to my wife. That can never be replaced. Our family home where we have been raising our kids and living happily, all those happy memories we have will forever be tainted by what happened that night. I can only hope as time goes on that painful day in November becomes a distant memory.”