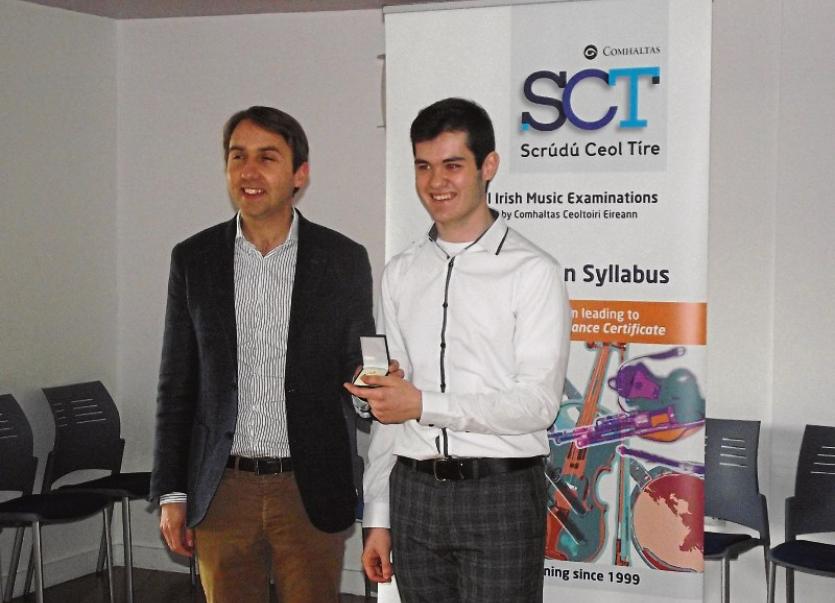 This award is presented to traditional musicians who achieve a distinction in the S.C.T. music exam Grade 8. These exams begin at elementary level and go right up to grade 8, a final exam for Advance Performance Certificate may be taken after grade 8 if so desired. Darragh had commenced his senior cycle programme when the syllabus was changed from four senior cycles to three, so he remained in the old format.

In the three previous years for research projects, Darragh did biography type essays on Jack Dyer a founding member of Roscrea Comhaltas Branch, Johnny O Leary the famous accordion player from Sliabh Luachra and Ed Reavy fiddler player from Maudaban in Co. Cavan. Darragh would also like to extend congratulations to Emer Gleeson who also received the award.