Clonmel mourns 'one in a million' athletics stalwart Mary Doyle 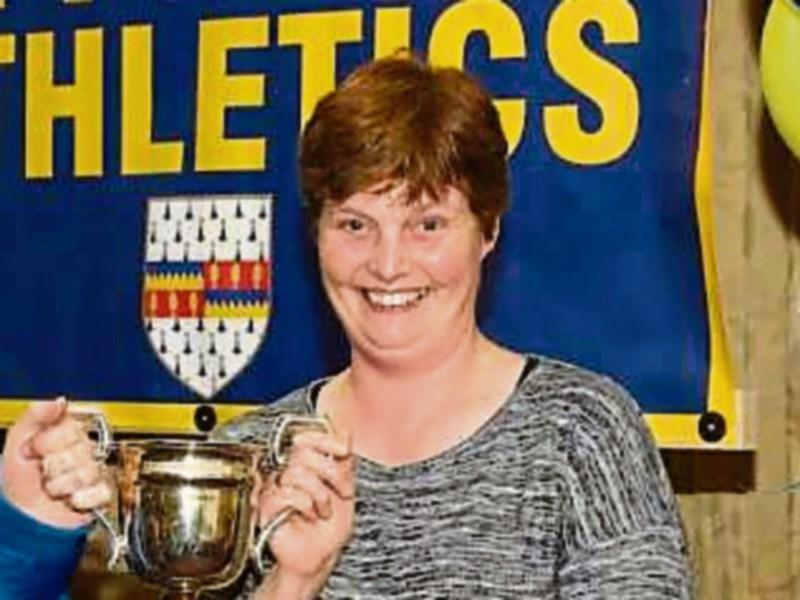 The Clonmel and wider Tipperary atletics community is in mourning following the sad death of club stalwart and coach, Mary Doyle.

Mary has been described as 'one in a million' who devoted so much time and effort to the club, especially in the promotion of juvenile athletics.

Mary, from Knockannaveigh, New Inn, died peacefully at home after a short illness.

In a tribute, a club spokesman said that Mary had been an integral part of athletics in Clonmel for the past seventeen years and Clonmel Athletic Club were privileged and honoured to have known Mary for that period of time.

She and her husband Albert got involved in Clonmel Athletic Club in the early 2000s when their children became members and since then Mary has played an enormous role in the Club’s development.

She was the Club’s Assistant Treasurer in 2002 and since then has been an ever present Officer of the Club. She was also a prominent member of the County Tipperary Community Games.

She had a great affinity with all our Juvenile athletes who passed through the Club in that period of time.  She had the time and interest for every member regardless of ability and she was ever present at all Juvenile training sessions offering words of encouragement.

She was always the first person you met at any event when you arrived at and more likely or not she was the last person to leave the event, ensuring all the time that everyone was looked after.

She was famous for her “cup of tea and sandwiches” at every event and she always had a bag of singlets and spikes in case someone left theirs at home.

Her enthusiasm and dedication was unbelievable and she was held in the highest regard at all levels of the sport, county, Munster and national.

She was County Cross Country Secretary for a number of years and again she applied her dedication and enthusiasm to that role with distinction. She also got great satisfaction in coaching the children of both schools in New Inn for the club’s annual Cross Country and Track and Field competitions.

She was one in a million and everyone who knew her was enriched by her presence,. She will be an unbelievable loss to the sport at all levels and the club offers its sincere sympathy to her husband Albert and her children Jonathan, Cliona and Lorraine. May she rest in peace. Go dheis Dé go raibh a hanam.

A native of Moygownagh, Co. Mayo, Mary passed away peacefully at home after a very brief illness (daughter of the late Bernadette Staunton).

Reposing at her home in Knockannaveigh on Wednesday evening from 4pm to 8pm. Arriving at the Church of Our Lady Queen, New Inn on Thursday morning for Mass at 11:30am.

Burial will take place on Friday after 1pm Mass in St. Cormack's Church, Moygownagh, Co. Mayo, in the adjoining cemetery. Family flowers only please, donations, if desired, to the Hospice Movement.