Farming is Ireland's most dangerous profession 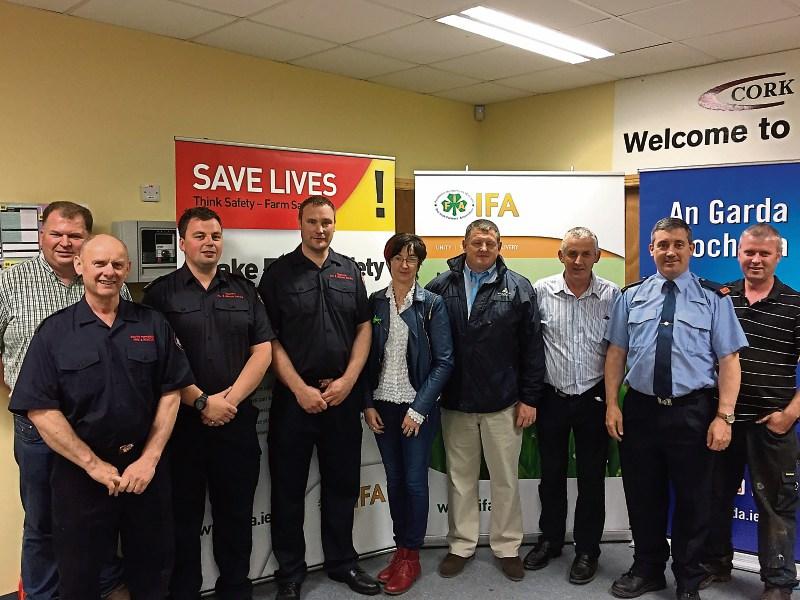 “Farmers needed to take responsibility for their own safety and recognise that the onus in on them, first and foremost, to ensure that no unnecessary risks are taken or unsafe practices are ignored.”

The stark words of ICMSA president John Comer, following a meeting with the Minister for Agriculture, Michael Creed and the Minister of State for Employment and Small Business, Pat Breen.

In the wake of alarming new farm accident figures, the ICMSA President said that the situation was too severe to permit of any equivocation.

Mr Comer said that the prediction - made at the meeting - that based on past trends we face losing another 17 farmers before the end of this year, in addition to the 12 tragedies already recorded, is absolutely frightening and every single farmer is going to have to consciously redouble their efforts in relation to farm safety so as to confound that profoundly depressing predicted number of fatal accidents.

“Unfortunately, year after year, farm families across the country are beset by terrible tragedies where they’ve lost loved ones or have loved ones suffer serious and long term injuries in farm accidents. We can’t avoid the fact that ultimately this is a matter for us as farmers to face up to.

“Eight of the 12 fatalities we’ve seen so far in 2017 were farmers over 65 years of age and it should be a warning to all farm families that, as we get older, we need to recognise that we simply have to take more precautions in particular when handling cattle and operating machinery,” commented Mr Comer.

Having urged farmers to accept ultimate responsibility, the ICMSA President said that government also needs to plays its role and, to that end, Mr. Comer said that ICMSA had repeated its proposal that the Government examine the issue of VAT on safety equipment and PTOs and that all state agencies need to redouble their efforts to bring farm safety to the top of individual farmer agendas.

“In the last ten years, we have lost 197 members of the farming community in farm-related accidents and behind that figure, shocking as it is, are 197 individual stories of suffering and irreplaceable loss. We need, as individuals and as a sector, to consciously take responsibility for our farm’s safety and really act on concrete measures to ensure that such tragedies are minimised, both in numbers and severity, going forward.

“Right now we’re 10 times more likely to be killed working on our farms than any other occupation in Ireland and we have to reduce that terrible statistic.”