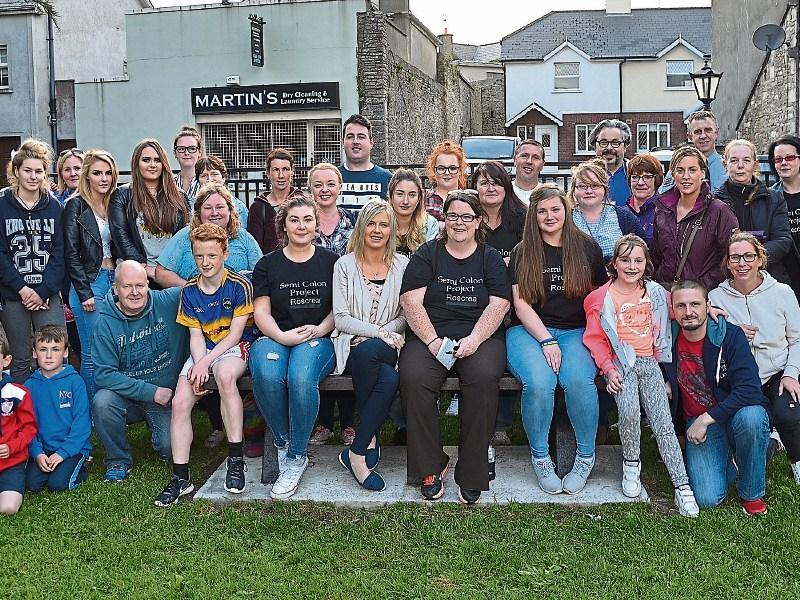 Semicolon Project Roscrea who were set up to raise Awareness for Suicide and Mental Health, held a Tattoo day at the start of April with all proceeds being donated to Charities that help with Mental Health.

From the Tattoo day they raised €1884.12 and were able to donate to four Charities. They also held money back and with the help of Michael Smith applied for permission to place a Memorial Bench inthe Town Play Park.

They also organised with Roscrea and District Angling Club to release candles down the Moneen river adjacent to the Play Park. It was truly a remarkable night with emotions flying high for anyone who attended. The members of the Semicolon Project Roscrea wish to thank all for the support and thank Michael Smith, Michael Donovan, Brendan Abbott, Jimmy Costello, Fr. Lorcan, Eurogiant and the County Council