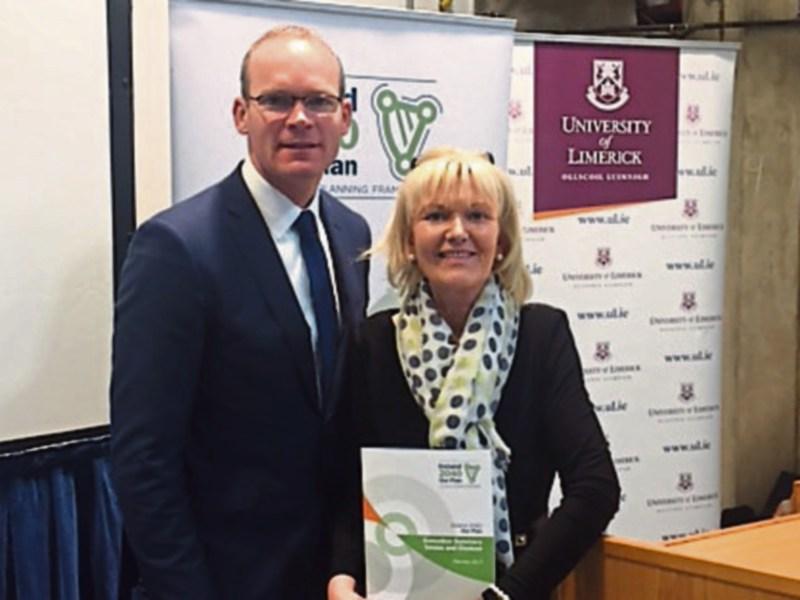 New Chairperson pledges to improve broadband in rural parts of the county and to promote the enhancement of town centres.

Councillor Phyll Bugler (FG) was unanimously elected Chairperson of Tipperary County Council at the AGM of the local authority this morning having been proposed by Cllr Mary Hanna Hourigan and seconded by Cllr Ger Darcy.

Cllr Bugler, first elected to North Tipperary County Council in 2004, is an experienced member of the local authority and was referred to as being "an exceptional councillor who has many strengths" by her party colleague Cllr Darcy.

She takes over from Cllr Siobhan Ambrose and pledged to continue the development of tourism provision in Tipperary and also to ensure that the county is best placed to attract business and industry. Tipperary, she said, is very well placed and listed the many advantages which the county possesses when it comes to attracting business - advantages which have been highlighted in the Tipperary The Time The Place strategy which was launched recently.

Cllr Roger Kennedy (FF) was unanimously elected Vice Chairperson of the county having been proposed by Cllr Matty Ryan and seconded by Cllr Michael Smith. The move sees the Fianna Fail party row in behind Fine Gael in the county, similar to Dail Eireann and Cllr Kennedy referred to both elections, unanimous as they were, as being an indication of the growing cohesion which exists in Tipperary County Council. 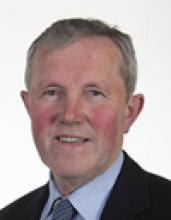 Outgoing Chairperson Siobhan Ambrose listed the many highlights she had experienced during her year in office, citing the welcoming home of the double All-Ireland minor and senior winning hurlers to Semple  Stadium in September as being special. "I will never forget that Monday evening as long as I live with 35-40,000 Tipperary there to cheer on the team," said Cllr Ambrose whose father Tom was Chairman of South Tipperary County Council on three occasions.

Prior to receiving a round of applause for her term, Cllr Ambrose referred to the huge volume of work being undertaken by the council to promote Tipperary for business, tourism and in social and arts circles with every effort being made to ensure. She had traversed the county and worked with many voluntary groups, organisations and committees during the year and also met with the Chinese and US ambassadors to Ireland to make a case for Tipperary.

Tributes were paid to the outgoing Chairperson and to Vice Chairperson Louise McLoughlin, with Cllr Roger Kennedy stating that having two ladies leading the council enhanced the local authority. "You lead with great strength and you promised to hep bring industry to Tipperary. You have certainly worked very hard to help move that process along and I have no doubt that it will come to fruition in the years to come," Cllr Kennedy said.

Council party whips and independents also paid tribute to the outgoing Chairperson prior to the election of the in-coming Cllr Phyll Bugler.

The new Chairperson and Vice Chairperson were wished well by all members and by CEO Mr Joe MacGrath and staff members.