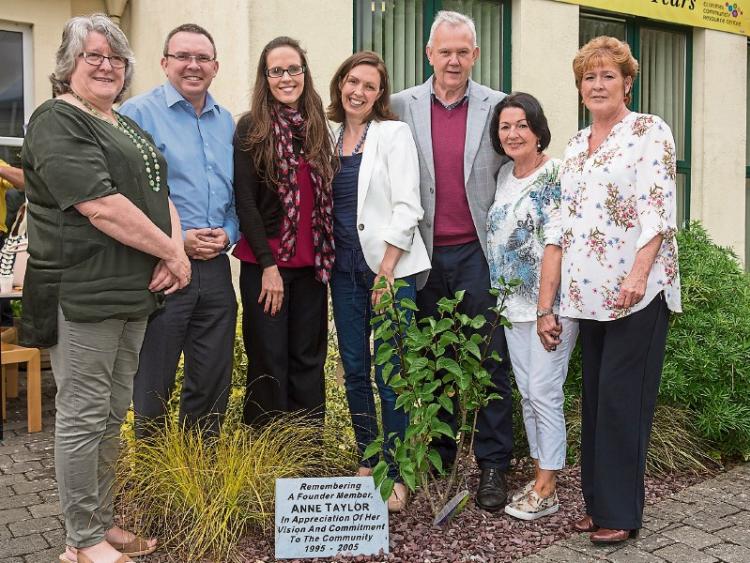 A plaque was unveiled at the Clonmel Community Resource Centre's 21st anniversary celebrations in honour of Anne Taylor, a founder member and chairperson of the centre who died 12 years ago.

Clonmel Community Resource Centre marked its 21st year providing services for the community by hosting a celebration attended by representatives of a range of community, voluntary and statutory groups and centre users, who have availed of services within the building since it opened.

Cora Gentles, chairperson gave a brief history of the centre.

She acknowledged the motivation of the small group of community representatives who approached the South Eastern Health Board back in 1995 to seek funding for a much-needed resource centre, so that the resources of statutory agencies and voluntary organisations could be pooled for the benefit of children, young people and families.

The building in Kickham Street, which was originally the Christian Brothers’ home, was purchased by the Health Board and grant funding was made to meet the cost of essential renovations. It opened its doors in March 1996.

With two official visits by two serving Presidents - Mary Robinson in 1995 to launch a booklet on behalf of Cuan Saor, who were early occupiers at the centre; and Mary McAleese in 2001 to launch the centre's ambitious development plan - the centre went from strength to strength, particularly in the area of quality, affordable, community-based childcare. 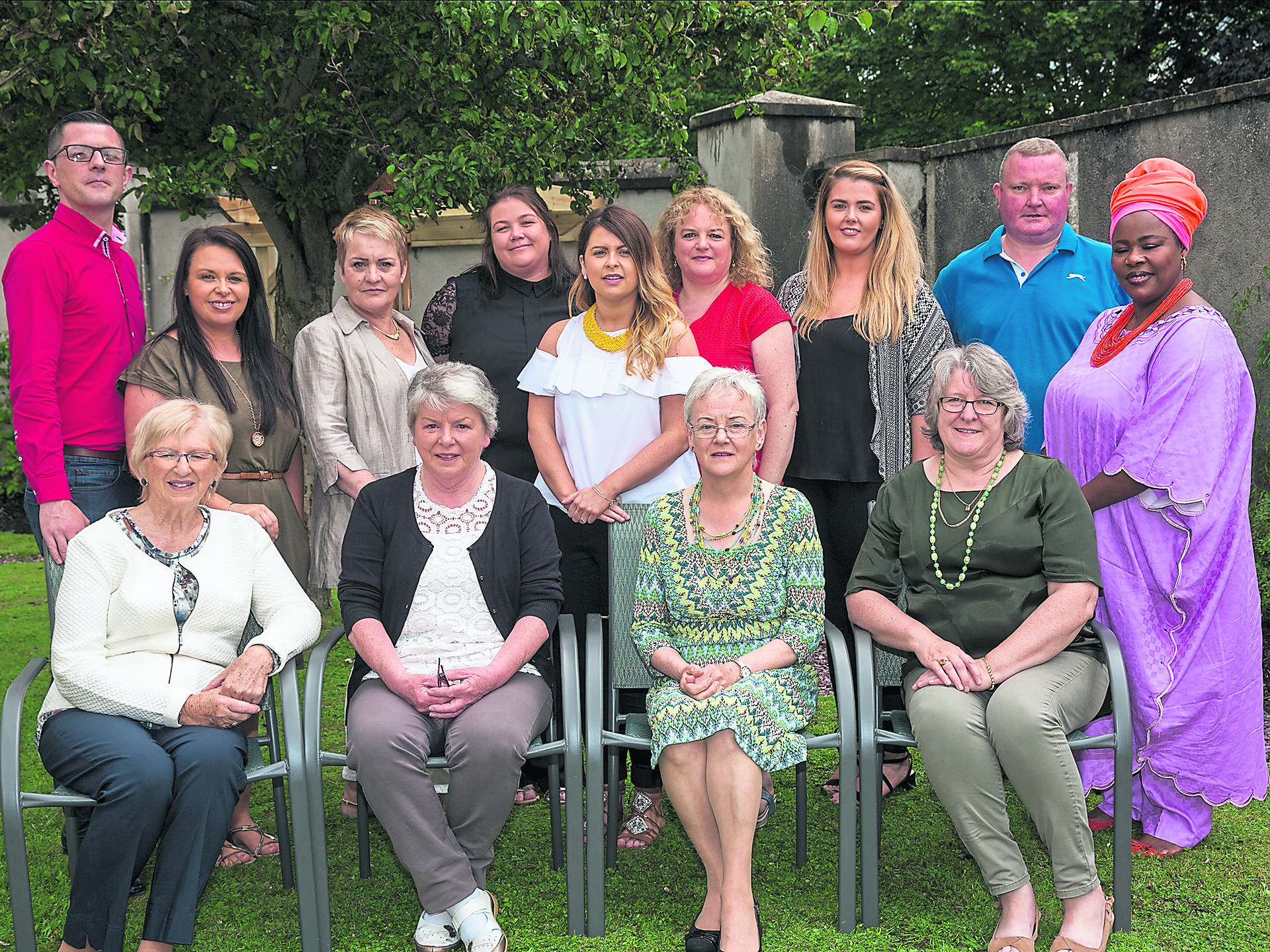 A small playschool initially accommodating 10 children has expanded, with the support of grant funding from the Department of Justice and Equality, to provide a full day childcare service for children from 4 months to 12 years. There are now 170 children registered.

Cora said they would always be grateful for the vision and enthusiasm of those wonderful pioneers, paying tribute in particular to the late founder member, director, chairperson, colleague and friend Anne Taylor, who passed away in 2005.

She praised staff for their enthusiasm and dedication and acknowledged the contribution and expertise of board members past and present, particularly remembering Tom Pollard, who only passed away recently, and also the late Billy Gibbs.

Guest speaker Cait O’Connor, former Community Network CE Supervisor, gave a heart-warming speech about the essence of community and the advantages of networking in the early days at the Centre.

Phil Mackey, retired Tusla Early Years pre-school Inspector, spoke about working closely with the centre over the years to plan and provide a childcare service where childcare professionals would not only care for children to the highest standards, but support their development and encourage them to become confident, independent and active learners.

She had witnessed the transition over 20 years from a small playschool to the comprehensive full day service it is today.

Manager Naomi Burke talked about the multifaceted organisation that the centre had become. This included the benefit of collaboration with other organisations to progress valuable projects such as Infant Mental Health, and the importance of being a social enterprise to ensure its sustainability in the provision of services to the community.

She thanked all funders for once-off and ongoing support to all organisations who support the centre by availing of its facilities. 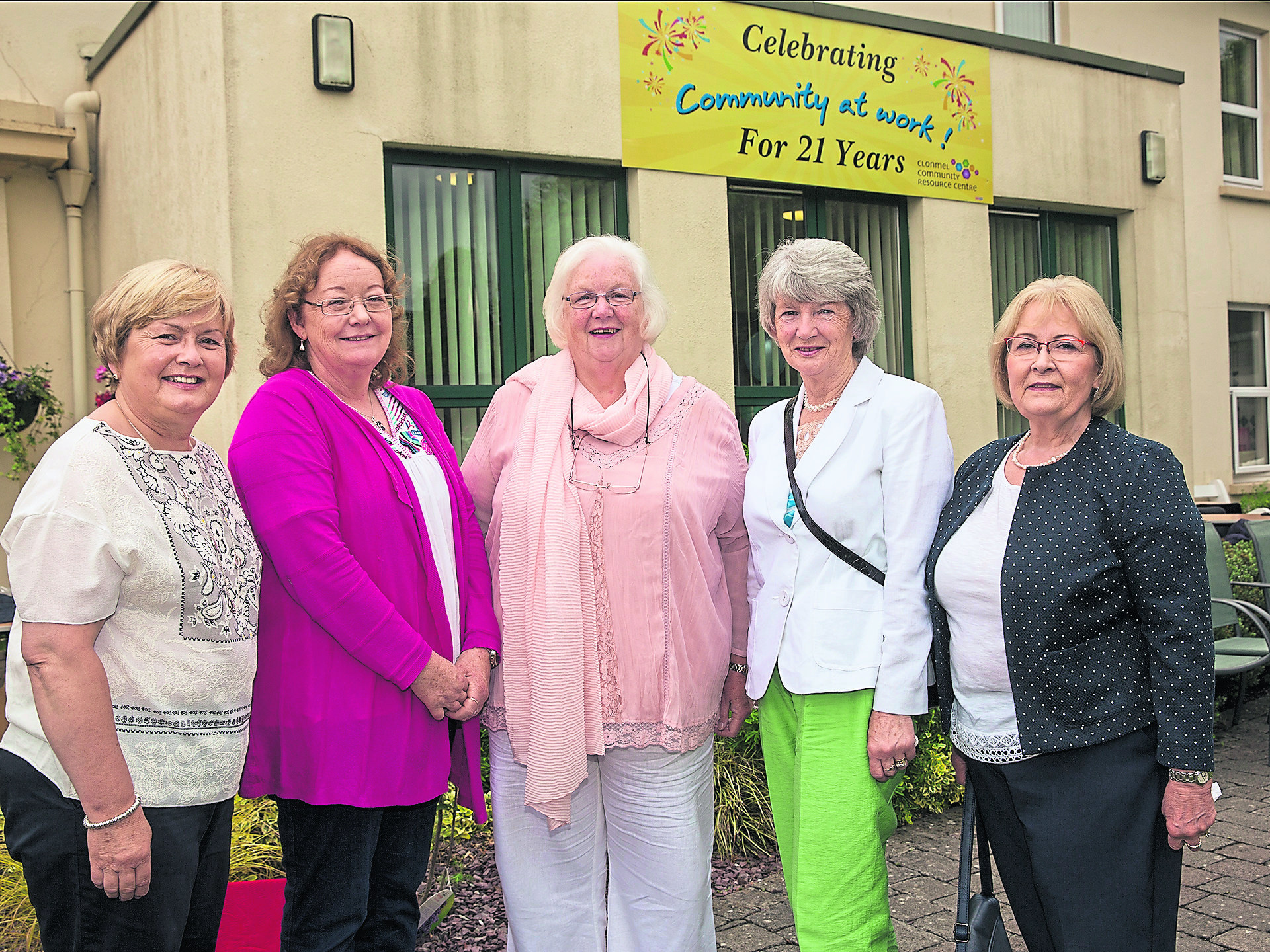 Naomi paid special tribute to Anne Taylor, whose partner Pat, daughters Samantha and Sarah, son Mark, granddaughters Emma and Ciara and sisters Geraldine and Marion represented the Taylor family and witnessed the unveiling of a plaque in her memory.

It was significant that Anne was remembered at the centre's 21st anniversary to celebrate the fact that the seed she was instrumental in planting had flourished into the organisation that the centre is today.

The sun shone so that guests could not only enjoy lunch outside but also in the centre's new sensory garden, which was kindly funded by The International Charities Bazaar, and was carefully planned and planted for visitors to feel welcome.

The centre looks forward to the continuation of services for the benefit of a changing community.