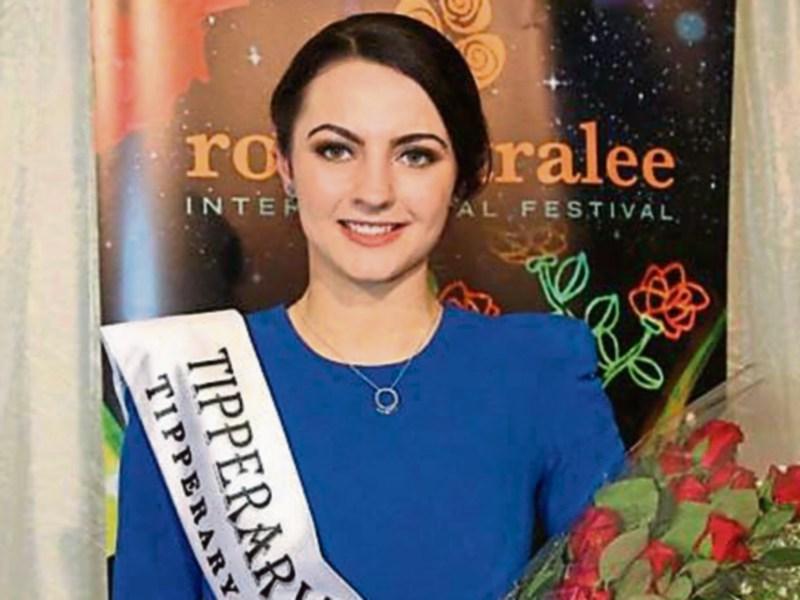 For the second year running Tipperary will have no Rose appearing on the Rose of Tralee stage in The Dome when the first part of the show is televised tonight, August 21.

There was disappointment for Toomevara's Sheila Ryan, the current Tipperary Rose, when she failed to make the final 32 when the full list of finalists was decided last Saturday.

Sheila had spent three days under the watchful eyes of the judges, who whittled the entrants down to the final Roses to be interviewed by Daithi O'Shea tonight and tomorrow, Tuesday, August 22, when this year's Rose of Tralee is crowned.

Sheila, 24, told the Tipperary Star last week that she was hoping to do the county proud, no matter what happened.

The former All-Ireland minor camogie medal winner said she was both "proud and humbled" to represent the county in the contest.

A psychiatric nurse with South Tipperary Mental Health Services, Sheila said that as well as representing her county, she was representing women from all over Ireland.

“The Rose of Tralee is not a beauty contest. The calibre and high achievement standards of the girls taking part is phenomenal,” she said. “They all have great personalities.”

Sheila is the youngest of four siblings, and revealed that all through her teenage years, her desire to work in a caring profession grew.

“As the Tipperary Rose, I am honoured to be working alongside Pieta House this year to help raise much needed funds for the prevention of suicide and self-harm,” said Sheila.

However, becoming the Tipperary Rose was a childhood dream come true.

“I am so honoured and humbled to be representing my county and the people of Tipperary,” said Sheila.