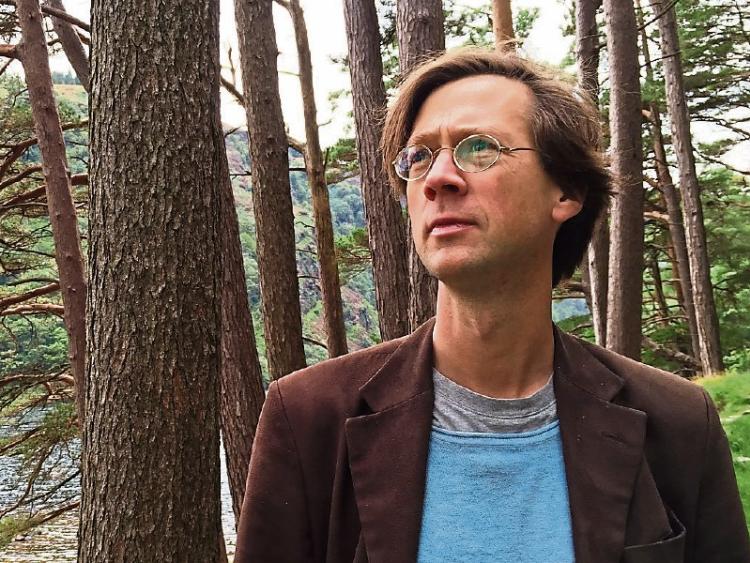 Travel writer, documentary maker, and Irish language enthusiast Manchán Magan will be making a much anticipated return to the Cashel Arts Fest next September, when he chairs his own gig on Saturday (Sept. 23).

Manchán has written books on his travels in Africa, India and South America and two novels. He writes occasionally for The Irish Times, reports weekly on travel for The Right Hook, and has presented dozens of documentaries on issues of world culture for TG4, RTÉ & Travel Channel. He lives in his oak forest in a self-made hovel in the bogs of Ireland.

Previously, Manchán kept audiences spellbound in the Vicars Choral in the Rock of Cashel with his tales of surviving the ‘Screamers’ cult in the jungles of the Amazon rainforest, and regaled audiences with tales of how he had to be persuaded to come home from living as a hermit in the caves in the Indian Himalayas. From such a storied and adventurous life, Manchán has struggled with his own family history connected to the 1916 Rising, and only came back to his Irish language roots after - like many other Irish people - having gone ‘on a journey’ to explore why we don’t speak our native teanga.

“I am opening an art exhibition for Marie O’Driscoll on the Friday evening,” Manchán told the Tipperary Star. The TG4 presenter will showcase his ‘Gaeilge Tamagotchi’ idea on the Saturday afternoon in a marquee in the Church of Ireland grounds. Tamagotchi - a Japanese digital pet - was the basis for the idea that we can each adopt one of the 4,400 Irish words used to describe people, so as to ensure that word’s survival.

“I came across this collection just to describe a person’s character. A lot of them were negative, and used by women at other women, when they were weaving, or collecting seaweed.”

To put this in perspective, Shakespeare used 30,000 words in his entire works. A body of 4,400 lost words is a treasure we can’t ignore, says Manchán.

“I wondered could we create some sort of ceremony where we revive these words, give them out to people.”

In 2015, for the Dublin Fringe Festival, Tom dePaor designed a labyrinthe of 20 meters of raw Irish linen, with Manchán in the middle inviting people to adopt a word.

“It proved enormously popular, people came from Galway and Cork. It grabbed people, Koreans and Japanese were coming back to take on a word.”

While Irish learn the language throughout school, we come out not being able to speak it. Manchán believes may be some “deeply psychological” reason for this, rooted in our history of colonialism. “We hear our stories from our grandparents, as our parents are too busy, and our grandparents heard their stories from their grandparents, who were alive during the Famine.” But the tide is turning, by the mid 90s children could not remember Ireland being poor: this generation’s view of the language is not tied up with the shame of poverty.

Students now have the confidence to speak it, but often lose it as there’s no real opportunity to encounter it in the real world. “They’re coming out with fine Irish. But the minute they leave school, they lose it. They come out of school and come across us adults with our psychological blocks.” One big element of Machán’s talk will be the impact of the European dimension. With the internationalisation of our economy, our culture and our friendships, people are also returning to older forms, growing their own food, and trying the old tongue of their ancestors. Living in his grass-roofed house, and tending to his polytunnel, and farming organically, Manchán is now firmly settled in Ireland. “I have travelled for 25 years. The big talk on Saturday will be me offering my hopes for the way I want to live, and potential rural life.”

Manchán says the Cashel Arts Festival is special, and the town is a “really tight community. Cashel and Clonmel: there’s a sense of bounty. There’s not the hard scrabble you get in Dingle, or Connemara. So there’s a slight extra sense to breathe. And it has maintained its traditions.”