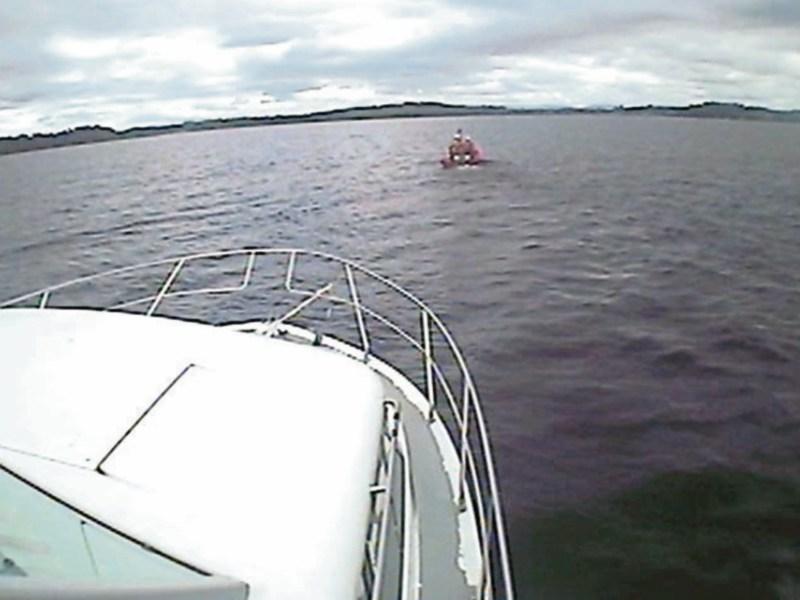 Lough Derg RNLI lifeboat were called to assist six people after their 30ft motorboat ran aground behind the Corakeen Islands near Dromineer Bay.

The call out happened at 3.30pm on Monday, August 21, when the local RNLI were contacted by Valentia Coast Guard.

A motorboat with two people on board, had reported the vessel aground and had dropped anchor close by until the lifeboat arrived on scene.

All six passengers were found to be safe and unharmed and wearing their lifejackets.

Winds were Force 3, southwesterly and visability was good.

An RNLI volunteer was transferred across to the casualty vessel where he reassured everyone on board before he conducted checks of the vessel to ensure it was not holed.

He set up a bridle in preparation for a tow, and the lifeboat took the boat off the rocks and out into safe water.

Following another assessment, it was found that the cruiser had suffered damage to steering and rudder.

The lifeboat took the cruiser with her passengers and an RNLI volunteer on board, on an astern tow to the public harbour at Dromineer.

Before entering the harbour the lifeboat changed to an alongside tow.

Pat Garland, deputy launching authority at Lough Derg RNLI, advises boat users to “enjoy the lake, but make sure you stay on the navigation route, well clear of the shoreline”.