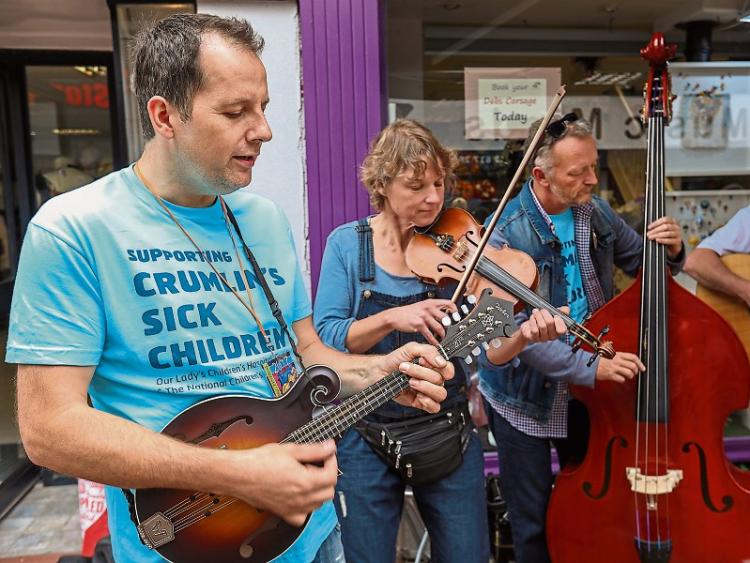 Clonmel's Busking Festival raised the incredible total of €18,725 for Our Lady's Children's Hospital in Crumlin.

The seventh annual event, which was staged from Thursday to Sunday, August 10th-13th, was another outstanding success, with locals and visitors alike enjoying a great weekend of music on the streets and in the pubs.

One of the highlights of the weekend was Sunday's Family Fun Day at the Denis Burke Park, which was once again blessed with fine weather.

An estimated 7,000 people visited the park during the day to enjoy musical performances and attractions including wrestling, water zorbing and heritage displays.

He thanked everyone who contributed to the success of the event, especially all the collectors who were out over the weekend with buckets.

Eelco started the festival as a thank you gesture for Our Lady's Children's Hospital in Crumlin, where his son Josh was treated as a toddler.

"It's great to be able to give something back to the hospital. We never know when any of our children, or some child we know might be a patient there", he added.

Meanwhile, a video of local act Uproar Rock Chorus performing their version of Queen's 'Somebody to Love' during the competition has gone viral, clocking up more than 33,000 views online on the website clonmel.ie.

The Busking Festival is a massive undertaking and Eelco Beckers said that planning for next year's event has already started, with a meeting of the organising committee held on Monday night last.