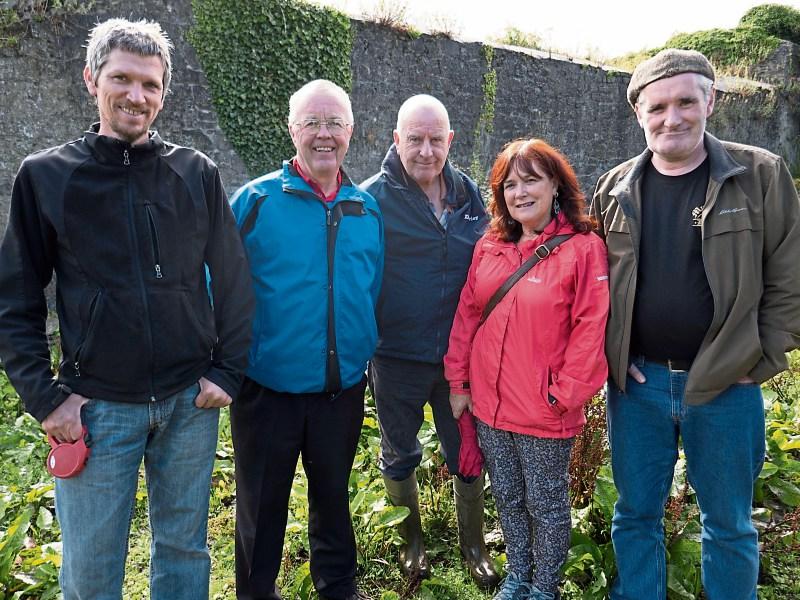 Photographed at the viewing of the proposed amenity park site between Barrack Street and Burke Street were from left: John O’Shea, Michael Kenrick, John Kenrick, Mary O’Connor and Rory O’Connor.

Although the weather was unfavourable, many people still braved the elements and came to see the extent of land available for development and the section of Fethard's medieval town wall currently hidden from public view.

The general consensus of those present that the first priority should be to open the area to the public when the area was cleared and made safe, followed by the installation of good lighting, CCTV cameras and a gated entrance on both ends that would be opened and closed by a local community group. Clare Lee, representing Tipperary County Council, stated that presently only limited funding is available but further development could possible be added at a later date.

The next stage will present a proposed landscaping plan for the area designed by experts in other similar projects completed around Ireland. The plans will then need to go through the planning process, which will also be open to public consultation and submissions.