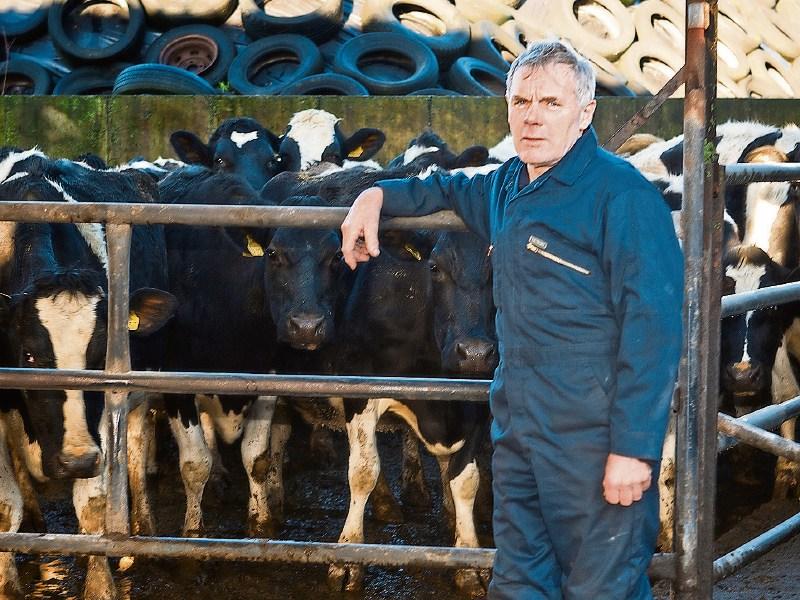 The chairperson of ICMSA’s Dairy Committee has again drawn attention to what he called “the hugely concerning gap” that has opened up between Irish dairy prices and those of our mainland EU counterparts.

Gerald Quain said that his association shared the analysis of other experts within the sector in predicting a continued strengthening of dairy markets through the remainder of this year with a further milk price expected for August supplies.

The widespread sector optimism is based on market data showing butter spot prices continuing to reach record highs in terms of European and Dutch quotes in the last month.

Dutch quotations are returning butter at €6,800 per tonne compared to €3,500 twelve months previous, a rise of over 94 per cent.

Whole milk powder has performed well in that time period, up 35 per cent from €2,300 to €3,100, while skimmed milk powder has been steady but still suggesting that the milk price returning to farmers should continue to increase.

Despite these improvements ICMSA has repeatedly drawn attention to the disparity between Irish prices and comparable mainland EU markets.

Mr Quain was adamant that very pointed questions need to be answered before concerns can be allayed.

“While milk prices in Ireland have obviously improved in 2017, ICMSA would point out that Ireland is currently only in 12th position of the EU in terms of milk price,” he said.

Mr Quain said that ICMSA note that Fonterra - who are heavily geared towards commodity products – pay higher prices than Irish co-ops who had for years told their farmer-suppliers that they had to be very cautious on the price they paid because the future was going to be about moving away from commodity and into value-added.

“This disparity in milk prices between Irish and EU and global competitors must be addressed and we will keep stressing it and asking for a logical explanation,” said Mr Quain.

The internal market price of butter within the EU showed at present that Irish butter prices were lagging Dutch quotes by €880 per tonne, he said.

Irish butter prices are also €200 per tonne below the EU average as stated by the EU Milk Market Observatory.

Mr Quain asked how such a disparity could exist when Irish product was of the highest possible quality and traceability through the Sustainable Dairy Assurance Scheme and a global brand leader in the form of Kerrygold butter.

How can Fonterra still pay higher prices to their suppliers? he said.

Mr Quain said that this must be looked at in greater detail in the coming weeks so that farmers can feel that they were getting a fair deal compared to the European counterparts and – in the meantime –we expect to see a substantial price rise for August milk supplies”, he said.

Meanwhile, Glanbia Co-operative Society Limited has confirmed that it has transferred, via a “spin-out”, around €92m worth of Glanbia plc shares to over 14,700 members.

The transaction is aimed at releasing a portion of the value of Glanbia Co-op and making it available to members at a time of significant investment on their farms.

Following the completion of the spin-out, Glanbia Co-op will remain the largest individual shareholder in Glanbia plc, with 31.5% of the issued share capital. This shareholding was valued at approximately €1.5 billion based on the plc closing share price of €15.71 on 31 August 2017.

A detailed information pack, including details of their individual plc share allocations, will be issued to co-op members in mid-September.

Henry Corbally, chair of Glanbia Co-op, said that the completion of the spin-out represented the substantial completion of a wide ranging set of proposals approved by eligible Glanbia Co-op members at the special general meeting last May.