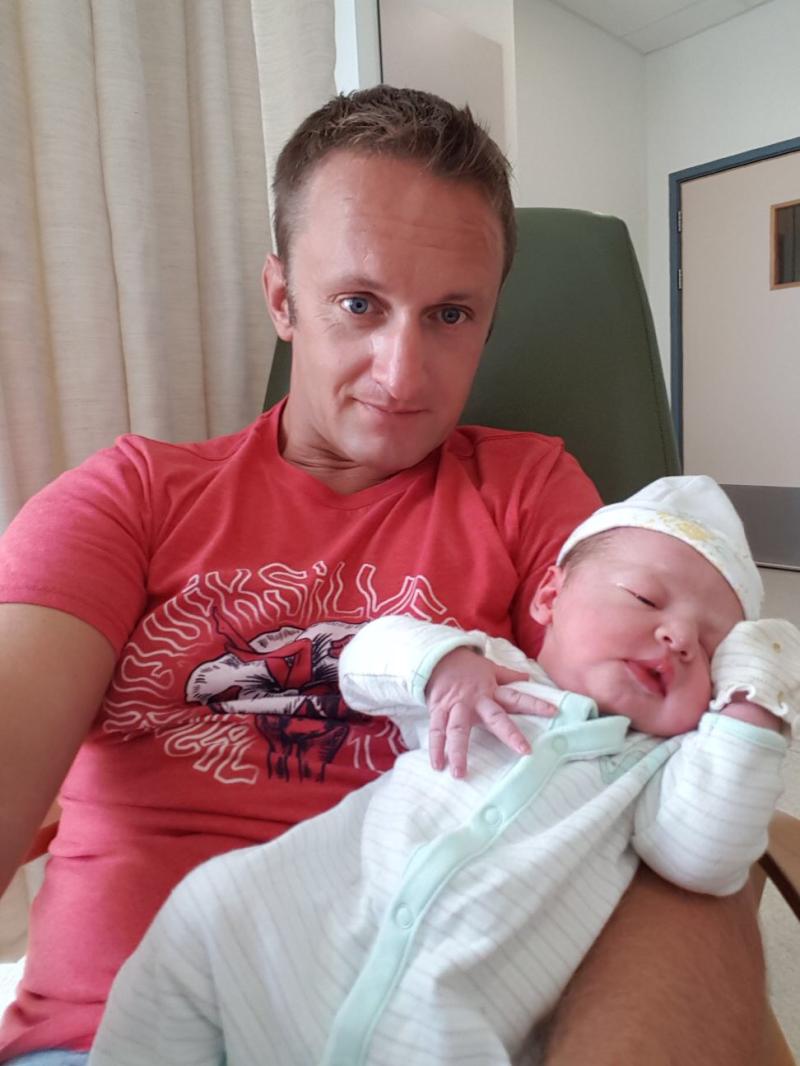 A Nenagh couple living on the Turks and Caicos islands in the Caribbean had a lucky escape this week as they welcomed their new baby just hours before Hurricane Irma hit the tropical paradise this Friday morning.

Joe Ryan from, Rathnaleen, Nenagh and his wife, Claire McAvinchey, Kilruane, outside Nenagh, have been living on Turks and Caicos for the past seven years and this Thursday had to leave their home for a hotel at Grace Bay in Providencials with their three-year-old son Oisin and new arrival Maebh.

Little Maebh was due to arrive last Saturday, September 2, but was late.

"We were obviously getting anxious as we could see the storm coming near. Luckily, Claire went into labour this Thursday. We were very lucky in that sense in that she didn't have to stay in hospital. It was just in the nick of time," Joe told Morning Ireland on RTE Radio 1.

"We are delighted we are all together in the hotel," he said.

Joe, who is son of former Tipperary county councillor and Nenagh town councillor, Tom, and Mary, said that because their home is in a low lying area they had been warned that they were likely to face flooding.

They left their home before the storm hit and are now awaiting a chance to assess any damage.

"We have never had a storm like this come through here before, so we don't really know what to expect, but based on what we have seen on TV from Saint Martin and Barbuda, we're really hoping that it doesn't hit us that hard," he said.

Joe said that at present there was a lot of debris and a lot of trees looking like they were ready to snap.

"That is probably going to happen in the next few hours," he said.