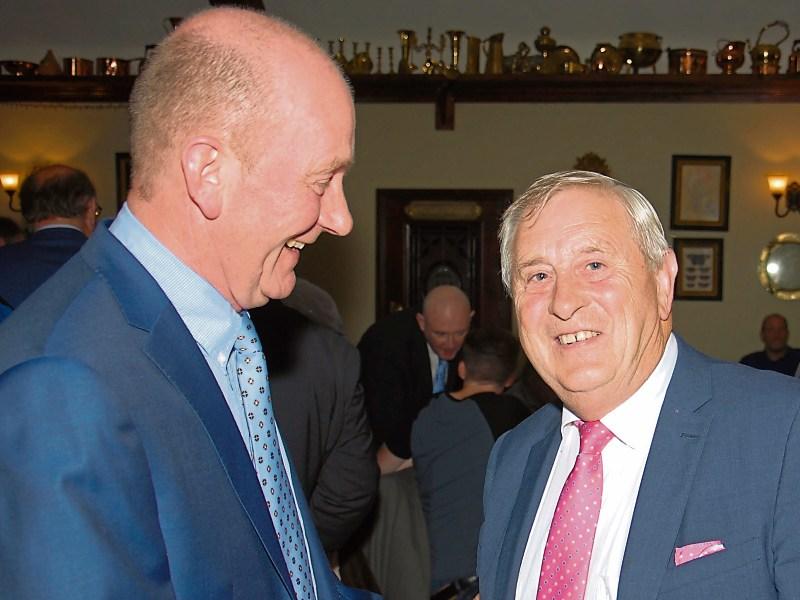 Tributes have been paid to Garda Superintendent Bob Noonan who has retired from the Nenagh Garda Division after 11 years.

Supt Noonan from Ballyporeen, joined the Gardai in 1978 and served in the UN peacekeeping forces in Sarajevo and Afghanistan.

He was stationed in Limerick before he moved to Nenagh.

During his last day in Court last Friday, September 8, while paying tribute to him, many of the speakers alluded to the difficulties the force is facing at present, to which Supt Noonan agreed.

“It is not a good time in the Garda at the moment. We have only ourselves to blame,” he said.

Supt Noonan said that there was a lot of negativity about the Gardai.

However, pointing out what the force now faced on the crime front, he said that members of the ERU had “once again put their lives on the line” in foiling an attempted murder in Dublin last week.

Supt Noonan thanked the court staff, solicitors and Sgt Michael Keating for how they handled cases and “sat down together”, which, he said, had built a good bond.

He paid special tribute to his wife, Miriam, and family, pointing out that it was she who had to endure all the late night calls when he might be summoned to duty.

And referring to threats to close Nenagh courthouse some years back, he said: “That would have been a huge loss, but we all rallied together”.

Judge Elizabeth MacGrath described Supt Noonan as being “sympathetic and empathetic” to those who found themselves before the courts.

“Supt Noonan put great emphasis on the community and if the Gardai are to work to their optimum they need the support of the community,” she said.

Referring to ongoing problems in the force, Judge MacGrath said: “I am sorry you are retiring at a time of negativity. It must be painful for you.”

She said if there was one word she would use to describe Supt Noonan it was “dignified”.

Leading the tributes, solicitor John Spencer, on behalf of the legal profession, said Supt Noonan had brought levelheadness and a “sense of dignity and respect”.

Mr Spencer pointed out that changing society had brought social dangers that had made life difficult for the Gardai.

He said that when the courthouse had been threatened, solicitors had been grateful for his support.

Kenny Kerins, on behalf of the Tipperary Bar Association, said that Supt Noonan was a man of “exceptional integrity” who would be a loss to the district.

“It is a very difficult job and we don't fully comprehend the work they do,” he said.

Insp Seamus Maher, Nenagh, said that “all great leaders display courage and you displayed it in spades”.

He said Supt Noonan had helped fight international terrorism and had led a “massive effort” against organised crime and drug trafficking. “You were in Sarajevo when the shells were falling nearby,” he recalled.

And, he said, Supt Noonan had had the courage to make the right calls to make sure everybody was supported and valued.