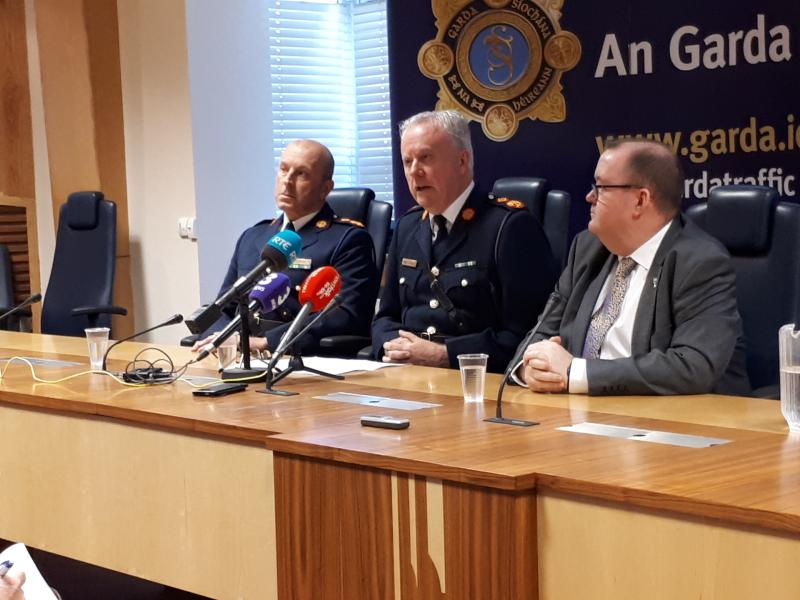 The future of the Garda Training College in Templemore lies in limbo after the Acting Commissioner of An Garda Siochana, Donall O'Cualain and Justice Minister Charlie Flanagan, have both stated that they will be guided in any training decisions by a Commission on Future Policing which is underway.

The bombshell dropped at the Training College this morning prior to the graduation of 181 student Gardai was part of a wide ranging discussion with media. And, when questioned about the criticism of the Garda Training College, the Acting Commissioner said, "The Commission on Future Policing is sitting and all these matters in relation to Templemore will be part of the discussion. Everything is up for discussion. The model here has worked well for us to date as far as I am concerned and we are here today to see the results," Acting Commissioner O'Cualain said.

The answer was not exactly a ringing endorsement of the underfire College which has been the subject of much criticism following revelations about the finances and accounting procedures. And, while the actual training of Gardai has not been criticised per se, there has been suggestions that elements of the negative culture within the force is fostered in Templemore.

Justice Minister Charlie Flanagan, who was attending his first Garda College graduation  was also questioned about the future of the College and his answer too was less than assuring. "Garda training has a huge role to play in An Garda Siochana. I am in close contact with the Commission on Future Policing  and I would expect that they will look at training and Templemore. I will not be making any decision on Templemore until I hear from the Commission and see the recommendations they come with," Minister Flanagan said.

A total of fourteen Tipperary Gardai graduated on the day. They are:

Garda Nathan Delaney, Thurles  to be stationed in New Ross.

Garda Christopher Ryan, Solohead to be stationed in Naas.

Garda Darragh Douglas, Tempemore to be stationed in Carlow.

Garda Zoe O'Brien, Clonmel to be stationed in Enniscorthy.

Garda Shane Moloney, Thurles to be stationed in Carlow.

Garda Jessica Newman, Clonmel to be stationed in Enniscorthy.

Garda Niamh Fitzgerald, Carrick-on-Suir to be stationed in Wexford.

Garda Niamh Abbott, Roscrea to be stationed in Tullamore.

Garda Michael Brislane, Toomevara to be stationed in Tallaght.

Garda Michael Ryan, Tempelmore to be stationed in Kevin Street

Garda Keelan O'Neill, Thurles to be stationed in New Ross.

Garda Michael Slattery, Dundrum to be stationed in Portlaoise.

Garda Lorraine O'Dwyer, Fethard to be stationed in Enniscorthy.

Garda Mark Ryan, Cashel to be stationed in Naas.