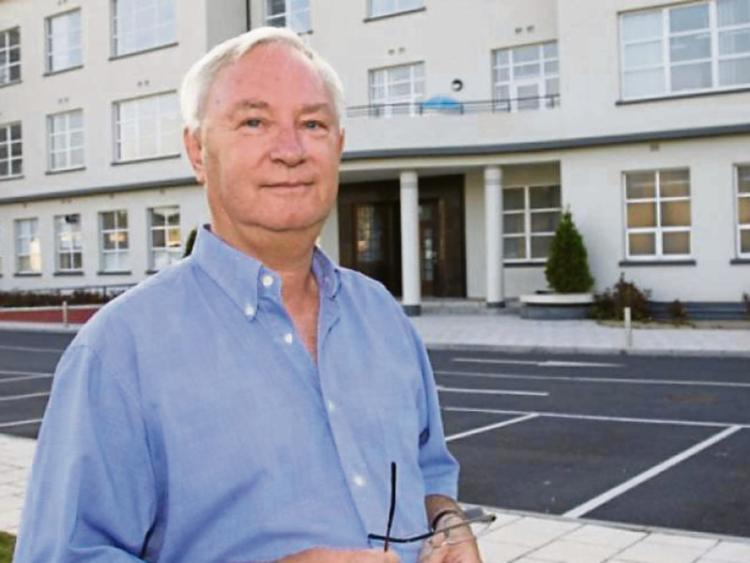 The future of St. Patrick's hospital in Cashel for the elderly is 'in doubt' according to a Cashel Co. Councillor.

Addressing a motion relating to Saint Patricks Hospital at the September meeting of the Regional Health Forum, Councillor Tom Wood said: “with no Medical Officer, little or no progress in resolving a shortfall in staffing levels and a continuing reduction in bed numbers, I can only contend that Saint Patrick's Hospital in Cashel is being downgraded and will eventually be closed by stealth.

“I question what immediate action will be taken to ensure continuity of safe patient care, a proud tradition associated with the hospital for many decades and one which we want to see continued.”

In presenting his case Cllr Wood said that since the announcement was made by the Minister for Health in January 2016 for the provision of a 100-bed purpose built Nursing Home at Saint Patrick's to meet HIQA standards by 2021 it was “rather strange that overall bed numbers had been reduced by 38 to 107 and this at a time when there was increasing demand for facilities for the elderly.”

In acknowledging the service given over many years by the now retired Medical Officer he expressed grave concern that, some three months later and after given six months prior notice of his intention to retire from the post, the vacancy had not yet been filled.

It is Councillor Wood's understanding that another practitioner was happy to fill the position but with a slow appointment process he secured employment elsewhere.

“The present inadequate medical cover and a HSE failure to respond to vacancies, including nine outstanding posts for Multi Task Attendants, was unacceptable,” he argued, before calling on the relevant HSE personnel to meet the South Tipperary Forum Members on site to outline the plans for the Nursing Home development.

“On two occasions this year I have requested this on site meeting at Saint Patricks and it has yet to materialise. I now want this meeting to take place within the coming weeks,” he concluded.

Since the Medical Officers retirement, Medical Officer cover was provided via the use of agency staff. The agency post holder took annual leave recently which resulted in a two day shortfall of cover, 4th and 5th of September.

In recognition of the clinical need, the HSE has sourced as an interim measure Medical Officer cover for this leave. The Consultant Geriatrician (South Tipperary General Hospital) continues to provide a service to Saint Patricks.

The HSE is continuing to actively source and recruit a permanent Medical Officer. This includes communication with General Practitioners in the South Tipperary area, contacting retired GPs and ongoing liaison with the Recruitment Agencies in accordance with the Agency Framework.

The HSE continues to impliment measures to manage staffing issues across all disciplines in Saint Patricks Hospital. Any identified gaps in the Multi-Task Attendant roster are currently addressed through agency staffing.

Following this, it is planned to extend this recruitment campaign to include other support grades including Multi-Task Attendants across the area.”