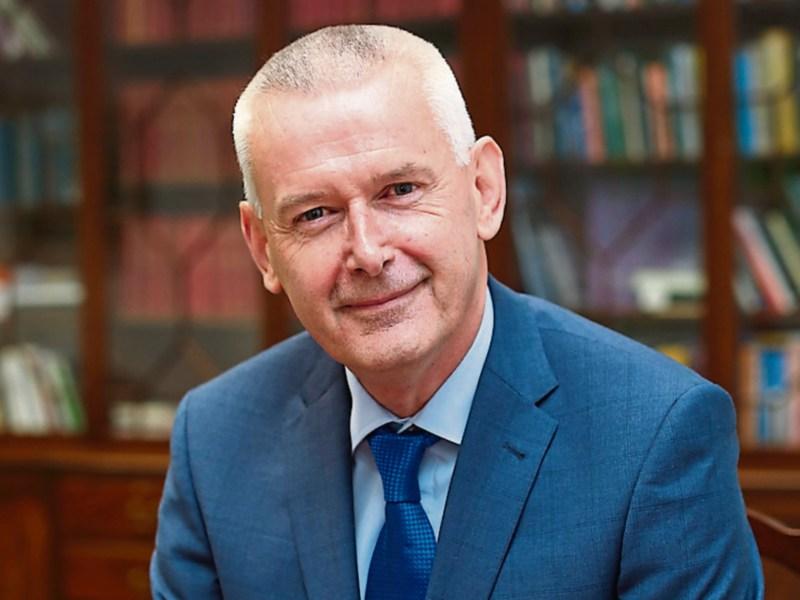 Tipperary now has a direct line to the Court of St James following the appointment of a man with local connections to the post of Ambassador to Britain this August.

Adrian O'Neill, who is originally from Dublin, spent much of his youth around The Milestone outside Thurles, birthplace of his late mother, Breda Bourke. Breda left the Premier County in the 1940s for Dublin, where she married Longford man Tom O'Neill.

Breda had three sisters, Eileen Ryan, of Gurth, The Milestone, who remained on the farm, and Maureen Haverty of Thurles. Both are deceased.

His first cousins from the Ryan clan live throughout Tipperary in The Milestone, Hollyford, Curreeny, Annacarty, Drom and Inch, and Holycross.

Adrian's grandparents, Dan and Mary Bourke, are buried in Ballycahill cemetery, as his grandfather was originally from Clareen, Ballycahill.

Mr O'Neill recalled spending his summer holidays with his uncle, former Garda John Haverty, and all his cousins around The Milestone.

Even now, he tries to get back to Tipp when he can.

"I visit often. I was there before I left to take up my appointment. Michael brought us all together, all three branches of the family from The Milestone," he said, pointing out that the three sets of cousins came together for the occasion.

Like many Irish families, they tend to only get together on sad occasions, but, Mr O'Neill, said this was a "happy occasion".

When he can't get to Tipp, he tries to take in the Premier County when they get to play in Croke Park. And though he is a Dub, he said he would not have begrudged Mayo the All-Ireland football title.

Mr. O'Neill has had an illustrious career in the diplomatic corps since he joined the Department of Foreign Affairs in 1984 having qualified from Trinity College Dublin with a BA Mod (Hons) the previous year. He held a position in Madrid from 1986 to 1989; Boston, 1992 to 1993; followed by Washington DC, 1996 to 2000. For the years 2010 to 2014 he was secretary general to President Mary McAleese, replacing Tim O'Connor, brother of former St Mary's Secondary School, Nenagh, deputy principal Luke O'Connor, and then to President Michael D Higgins until he returned to the Department of Foreign Affairs.

Recalling his work with both Presidents on the Irish embassy's website, Mr O'Neill says: "In my former role as secretary general to the President of Ireland, I had the privilege of experiencing the State visit of Queen Elizabeth to Ireland in May 2011 and of the return State visit of President Higgins to Britain in April 2014. The moving words and inspiring events associated with these visits reflected a transformed relationship of mutual respect and friendship."

Ambassador O'Neill's career has been very much focused on Irish / British relations, with particular emphasis on the peace process and, in London, has been director of the Ireland / UK / US division.

A good deal of his time has been focused on Brexit and the Northern talks process.

With regard to the current Northern impasse and the need to get Stormont working again, he said: "There is a huge effort at present by the Taoiseach, the Minister for Foreign Affairs, Simon Coveney and the Department of Foreign Affairs to get the Northern institutions up and running again in Belfast. If we achieve that we will be making Brexit easier. We must protect the peace process and institutions. There can be no trade off. A lot of work is going into it at present. I am very much involved in those discussions and am hopeful we can get them up and running fairly quickly."

With his input into the Northern talks, Mr O'Neill is following in the footsteps of another man from Tipperary, Nenagh's Fr Alec Reid, who he decribed as a "wonderful man".

"President McAleese worked with him in the early days, especially in Clonard and on the ceasefire. She thought very highly of him," said Mr O'Neill.

The Ambassador said that the decision by Tipperary and Antrim to play a hurling match in Belfast in honour of Fr Reid was a "lovely tribute" to him. The Department provided modest funding for the event, he said.

A modest man, when asked about his role in representing Ireland at the highest levels, he said: "I have been fortunate in my career in that all the jobs I have done I have found interesting."