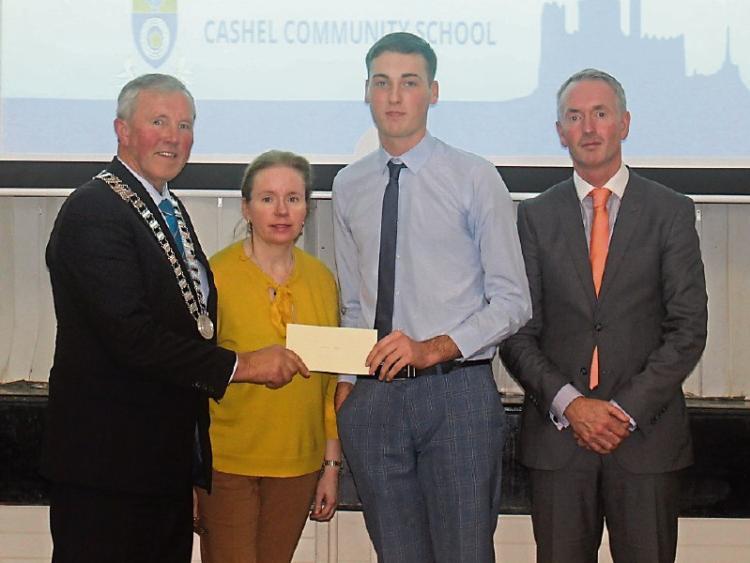 This year’s Meaney scholars were presented with their prizes at a ceremony recently in Cashel Community School.

The two students from the Leaving Certificate class of 2017, Jack Price and Hannah McSweeney each received a cheque for a thousand euro to help towards their studies at third level.

Pride and delight were the order of the day as the Chairman of the Board of Management, Cllr. Roger Kennedy congratulated the winners on their outstanding results in last June’s Leaving Certificate Examination.

Speaking at the awards ceremony John Gallagher, Principal, spoke of the diligence and commitment which characterised Jack and Hannah’s work.

He expressed confidence that this year’s class will emulate their achievements.

Jack is studying Economics and German in UCC and Hannah is in UCD pursuing a degree in Law and German.

Their teachers and families are extremely proud of them and wish them continued success with their studies.